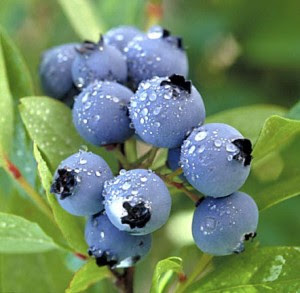 These luscious berries are one of the few fruits native to North America.


Is there anything more delicious to the eye than a bowl of fresh picked blueberries? Blueberries grow in many places around the world. Cousins of our native North American blueberries live in Asia, Europe and South America, from the tropics to the land of the Eskimos. Blueberries were here when the first wave of settlers arrived in what was to become America. In 1615, Samuel de Champlain saw Indians along Lake Huron harvesting Wild Blueberries. These were dried, beaten into a pulp/powder and combined with cornmeal, honey and water to make a pudding called "Sautauthig". Native Americans used the berries, leaves, and roots for medicinal purposes. The fruit was used as a fabric dye and combined with meat to make dried jerky. The American Indian held the wild blueberry in very high esteem, due to the fact that the blossom end of each blueberry forms a five points star. It was believed the "Great Spirit" sent these star berries to relieve the hunger of children during a famine. Indians also used blueberries for medicinal purposes and made a strong aromatic tea from the root. It was used as a relaxant during childbirth. Early medical books show this same tea was used by wives of settlers during labor. Blueberry juice was used for coughs and tea made from Wild Blueberry leaves was believed to be a good tonic to help purify the blood.
William Bartram, the early American botanist and explorer, reported seeing various members of the native blueberry plant, as he and his father, John Bartram took an inventory of plants to establish on Georgia farms in his book, Travels, in 1773. 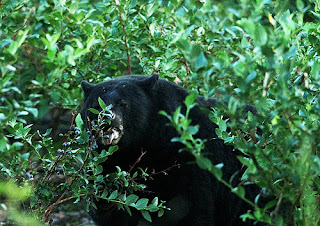 Wild bears will eat nothing except the succulent, juicy blueberries when they are in season. It has been documented that they will travel, with an empty stomach, from ten to fifteen miles per day to sniff out a blueberry patch.The blueberry harvest in North America varies. It can start as early as May and usually ends in late summer. The principle areas of production in the Southern Hemisphere, Australia, Chile, New Zealand and Argentina, begin harvesting in the northern winter and continue until early spring. So basically here in southern california we are privilaged to have this little "power plant" year round.

Blueberries are packed with antioxidant power, but the benefits of blueberries are far more than just the plant chemicals you hear about so often. Blueberries fight disease on multiple levels, and are an underused tool of naturally good health. Blueberries owe their nutritional benefits to the high levels of naturally occurring antioxidant phytonutrients, particularly, flavonoids. Blueberries helpful nutrients offer protection from oxidative damage. That is responsible for many age-related diseases such as cancer, diabetes and rheumatoid arthritis, weakening of eyesight and memory among others.

Blueberry juice and fresh blueberries also fight urinary tract infections, and they are safe for young children and for people who are sensitive to aspirin. One of the major benefits of blueberries is that they are tasty all by themselves, no sugar added because no sugar is needed, and they also fight the build up of sticky bio-films left by infectious microorganisms in the urinary tract. Cranberry juice, as long as it isn’t doused with sugar, really works against common urinary tract infections. The problem is that aspirin-like compounds in cranberry juice trigger allergic reactions in the aspirin-sensitive. 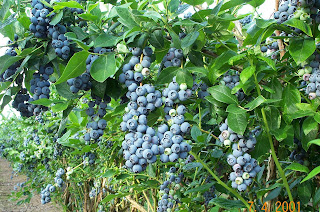 Blueberries are also beneficial for your brain. On a test tube level, blueberry antioxidants activate two brain-protective enzymes, catalase and superoxide dismutase. These are the enzymes that keep neurons from being deactivated after they are attacked by free radicals. Scientists at the Montreal Diabetes Research Center and the University of Montreal in Canada even believe that blueberry juice will be the source of treatments for Alzheimer's, Parkinson's, and age-related memory problems, and that eating blueberries confers similar benefits now. 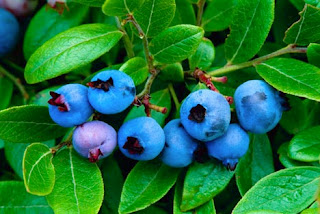 According to Journal of Agricultural and Food Chemistry, blueberries have the highest antioxidant level of all fruit. All berries for that matter won, hands down, in providing the most antioxidant bang for the buck. Their statement is that "Antioxidants help prevent cancer and slow down aging, by dispensing of free radicals in your body." "Blueberries also promote urinary tract health, eye health, brain health, and digestive health." Blueberries are also a healthy source of vitamin C, magnesium, fiber, and vitamin E.

Ronald Prior, PhD, a chemist and nutritionist with the USDA's Arkansas Children's Nutrition Center in Little Rock, Ark, explains "Bioavailability has to do with absorption or metabolism in the gut." Prior says some foods benefit from a bit of cooking. One of his studies showed that by mildly steaming blueberries, the antioxidant level was enhanced, making more antioxidants available to the body. Wild blueberries are the winner overall. Just one cup has 13,427 total antioxidants, vitamins A & C, plus flavonoids (a type of antioxidant) like querticin and anthocyanidin. That's about 10 times the USDA's recommendation, in just one cup. Cultivated blueberries have 9,019 per cup and are equally vitamin-rich. 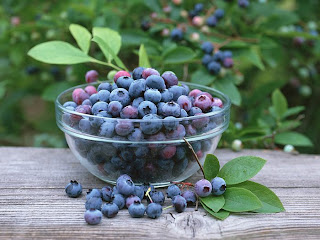 At a 2007 symposium on berry health benefits, reports showed consumption of blueberries, and similar berry fruits including cranberries may alleviate the cognitive decline occurring in Alzheimer's disease and other conditions of aging. Proanthocyanidin, a chemical isolated from blueberry leaves, can block replication of the hepatitis C virus and might help to delay disease spread in infected individuals if ingested as a dietary supplement at a dosage 1/100th of the toxic threshold.
Dr. Arpita Basu, an assistant professor of nutrition at Oklahoma State University, showed in several laboratory-based animal and cell studies that anthocyanins, found in blueberries, cause blood vessels to relax and increase production of nitric oxide that helps in maintaining normal blood pressure. Research at Rutgers has also shown that blueberries may help prevent urinary tract infections. A study soon to be published in the Journal of Agricultural and Food Chemistry found supplementation of diets with wild blueberry juice enhanced memory and learning in older adults, while reducing blood sugar and symptoms of depression. 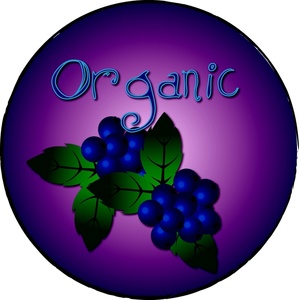 In June 2011 the Environmental Working Group rated pesticides in blueberries a significant concern, based on the most recent 2009 USDA laboratory test data. Domestic US blueberries were scored at number 10 in the "Dirty Dozen"; imported were better, 23 out of 53 rated fruits and vegetables. So like I always say BUY ORGANIC and if you don't, be sure to use your fruit wash.


There is no downside to eating plain blueberries, except that if you eat enough to make a black bear jealous, your digestive tract is going to slow down to handle all the pectin. Now here's one downside, blueberries don't mix with casein protein in milk, ice cream etc. it seems to block the antioxidant absorption much the same way it does in green tea. Free Radical Biology and Medicine investigated whether antioxidant properties of blueberries were reduced because of their affinity for protein. They assessed the bioavailability of phenolics after consumption of blueberries with and without milk. Phenolics are the active compounds in plants that give blueberries their antioxidant potential. This study suggests that the best way to gain maximum benefits from blueberries and other fruits eaten for their polyphenol (anti-oxident) content is to consume them either one hour before protein is consumed, or two hours after. This does not affect the vitamin benefits however. Up to a quarter cup of delicious blueberries every day for kids and up to a whole cup of blueberries every day for adults offers all the benefits of blueberries in a delicious experience. I purchased my own blueberry bush from the local nursery it was quite inexpensive and it rocks!

Well, now that you are motivated who doesn’t want to look younger and be healthier, all you need to do is go out and buy fresh blueberries. Local produce can be purchased at farm markets, pick-your-own farms, grocery stores or buy your own bush. Not able to purchase fresh berries? No problem. Frozen fruit is just as healthy as fresh fruit. Check out the selection in the frozen section of your local grocery store. Good Luck...