Is Your Cinnamon Real ?? 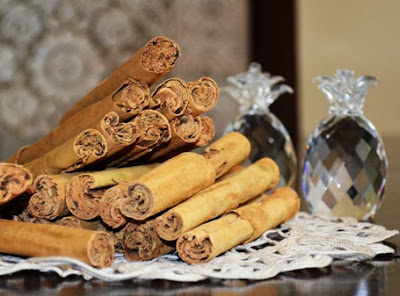 Cinnamon is a small evergreen, native to Sri-Lanka

Cinnamon is a tropical evergreen tree whose leaves and inner bark is used to make Cinnamon oil and cinnamon sticks. Leaves from a wild cinnamon tree are harvested by growing the tree for two years then coppicing it. The next year, about a dozen shoots will form from the roots. The branches harvested this way are processed by scraping off the outer bark, then beating the branch evenly with a hammer to loosen the inner bark. The inner bark is then pried out in long rolls. The cinnamon that we buy in our supermarkets is actually fake, either sold as sticks or ground into a powder. That's right most of you have never even tasted real cinnamon. The two most recognized types of cinnamon are Ceylon (real) and Cassia (fake), which come from different trees. Cinnamon is the fine inner skin of fragrant tree bark, of the cinnamon and cassia trees, which grow wild throughout Asia. To the western consumer, cassia bark is cinnamon, it's not. Real cinnamon has extremely high anti-oxidant activity, and the oil of real cinnamon has strong anti-bacterial and anti-fungal properties. Cinnamon is also a great source of manganese, fiber, iron, and calcium. As a result, it has been used as an effective home remedy for, reducing blood sugar levels, and treating type 2 diabetes, lowering cholesterol, aiding digestion, treating diarrhea, curing the common cold, reducing arthritis pain, boosting memory, and cognitive function, treating toothaches, cooking, eliminating bad breath, curing headaches, and migraine pain. First a little history... 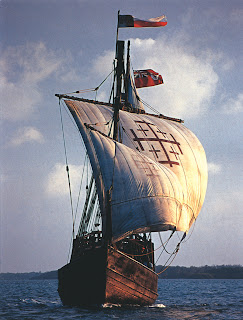 Spices were rare in antiquity, because they came from distant lands and travel was difficult. They were regarded as gifts, fit for royalty. While native only to the island of Ceylon now called Sri Lanka, off the coast of India. Cinnamon has been used for thousands of years. It was imported to Egypt as early as 2000 BC, the Hebrew Bible makes specific mention of the spice many times. Though ancient writers have left no records of cooking with cinnamon. It's source was kept mysterious in the Mediterranean world for centuries by the middlemen who handled the spice trade, to protect their monopoly as suppliers. Indonesian rafts transported cinnamon known in Indonesia as kayu manis- literally "sweet wood" on a cinnamon route directly from the Moluccas to East Africa, where local traders then carried it north to the Roman market. Arab traders brought the spice via overland trade routes to Alexandria in Egypt, where it was bought by Venetian traders from Italy who held a monopoly on the spice trade in Europe. Portuguese traders finally landed in Ceylon (Sri Lanka) at the beginning of the sixteenth century and restructured the traditional production. The Portuguese established a fort on the island in 1518 and protected their own monopoly for over a hundred years. Dutch traders finally dislodged the Portuguese. They established a trading post in 1638, took control of the factories by 1640, and expelled all remaining Portuguese by 1658. The British took control of the island from the Dutch in 1796. However, the importance of the monopoly was declining, because cultivation of the cinnamon tree spread to other areas. 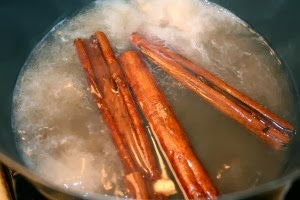 Phyto-chemicals have been discovered in cinnamon. Chalcone polymers that increase glucose metabolism in cells by an astounding twenty times or more. In one human study, daily amounts as low as ¼ to ½ teaspoon per day produced a 20% drop in blood sugar. So cinnamon may help treat Type 2 Diabetes by lowering blood sugar levels and increasing the amount of insulin production in the body. A 2003 study at National Institutes of Health shows benefits of cinnamon in the diet of type 2 diabetics. Showing cinnamon improves glucose and lipids of people with type 2 diabetes. Some studies have also shown that consuming small amounts of cinnamon can help reduce LDL cholesterol (the bad one). Simply eat half a teaspoon of real cinnamon powder daily. The cinnamon can be added as a mild sweetener to coffee,tea, smoothie, hot cocoa or food. On toast or bagel in the morning like my mom used to do. Chinese medicine has long used cinnamon as a natural remedy for coughs and the common cold. or treating a sore throat.  You can add a cinnamon stick to boiling water. Let boil for 2 minutes, remove the cinnamon stick. Then use the cinnamon water to make any herbal, white or green tea. Drink this tea two times per day. For a quick fix cinnamon has been known to help relieve toothache pain. For this you make a paste using 2 teaspoons of honey mixed with one teaspoon of cinnamon powder. Apply a small amount of this paste directly onto the aching tooth 2 or 3 times daily until the pain is relieved. Cinnamon contains compounds that may help reduce the pain and stiffness of muscles and joints. It has been shown to lower the release of arachidonic acid from cell membranes, lessening inflammation. As shown in a study conducted at Copenhagen University, consuming just half a teaspoon of cinnamon in one tablespoon of honey every morning before breakfast relieves arthritis pain. Cinnamon bark, a component of the traditional Japanese medicine called Mao-to, and  has been shown in a 2008 study published in the Journal of General Virology to have an antiviral therapeutic effect. The compound eugenol is a major component of the essential oil from the leaves of the cinnamon tree has shown antiviral properties in vitro, specifically against both the HSV-1 and HSV-2 (Oral and Genital Herpes) viruses according to a study published in the journal, Phytotherapy Research. A study conducted in 2007 and published in the Journal of Medicinal Chemistry suggests that specific plant terpenoids contained within cinnamon have potent antiviral properties. If you're fighting yeast infections  cinnamon oil can help.  The eugenol and geraniol in cinnamon can help combat candida. Growth of yeasts in laboratory tests that were resistant to the anti-fungal medication fluconazole, were often stopped by cinnamon extracts. Since cinnamon has an thinning and anti-clotting effect on the blood, be careful about using it with other blood-thinning products like aspirin, of if you have ulcers. Anyone that is currently taking medication for controlling blood sugar levels or blood thinners should consult their doctor before using cinnamon as a regular supplement. 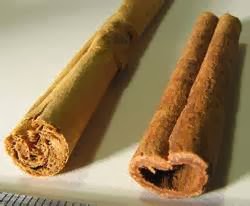 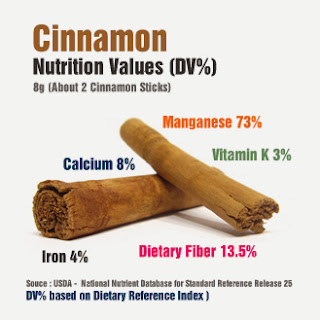 Real Ceylon cinnamon also has a higher oil content, and a sweeter flavor than cassia. The bark is peeled from the tree, and the outer bark is removed, unlike cassia, which uses both the thick outer bark and the thin inner bark. So real cinnamon has a finer, less dense and more crumbly texture. Ceylon cinnamon sticks (or quills) have many thin layers and can easily be made into powder using a coffee or spice grinder, whereas cassia sticks are much harder. Indonesian cinnamon is often sold in neat quills made up of one thick layer, capable of damaging a spice or coffee grinder. Saigon cinnamon and Chinese cinnamon are always sold as broken pieces of thick bark, as the bark is not supple enough to be rolled into quills. 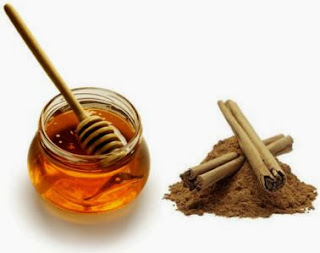 I also read a study where just sniffing, deep smelling but not snorting cinnamon resulted in a group performing better on standardized tests. That's fairly promising as a non-pharmacological solution for the elderly, and others with diseases which involve cognitive decline, or even people with imbalances like "test" anxiety. You know I added some to my tea this morning and I'm feeling absolutely brilliant as I'm writing this morning. You can add cinnamon to just about anything you drink or eat from breakfast to dinner meals for added flavor. Try it, real Ceylon cinnamon that is. If you can't find it locally it is relatively inexpensive online. You'll love it I promise, and if you're looking for something to do with those cassia sticks or ground cassia cinnamon. Boil some water and add some thin apple slices and cassia cinnamon for a great winter fragrance in your home. Good Luck..