BPA Free, What Does It Mean ?? 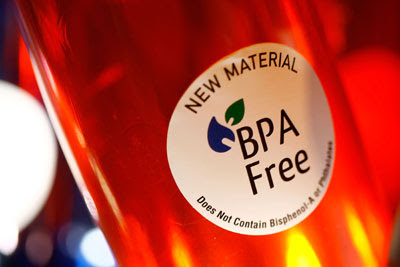 BPA is a toxic industrial chemical

BPA free doesn't mean that you don't have to pay for your BPA. Bisphenol A (BPA) is a known carcinogen found in petroleum based products such as hard plastics like DVD's, inside lining of can goods, and in plastic water bottles. BPA has been used for nearly 50 years and has been suspected of being hazardous since the 1930's. One of the things that makes BPA so toxic is that it acts as a hormone disruptor, mimicking the body's natural production of estrogen,  and upsetting your hormonal balance. Most of us cook store, and reheat a lot of food. If your storage containers aren't BPA free, this is why they should be. Types of plastics shown to leach toxic chemicals are polycarbonate, PVC, and styrene. Not to imply that other plastics are entirely safe. These plastics have just been studied more. Bisphenol A (BPA), has been proven to leach from polycarbonate plastics into your body. These BPA epoxy resins are also used to coat the inside of metal products, such as food cans, bottle tops, beer and soda cans, and water supply lines. Some dental sealants and composites also contain BPA. FYI, thermal paper products, such as cash register receipts, often contain BPA. Research has shown that BPA can seep into food or beverages from containers that are made with BPA or into your body when you handle products made with BPA. The American Chemistry Council, an association that represents plastics manufacturers, contends that BPA poses no risk to human health. Big surprise there, right. 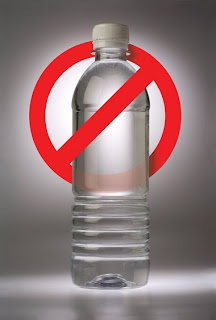 However, the National Toxicology Program at the Department of Health and Human Services says it has concerns about the possible health effects of BPA on the brain, behavior, the prostate gland, fetuses, infants, and children. The Food and Drug Administration only recently beginning to share this level of concern and is taking some steps to reduce human exposure to BPA in the food supply. Wonder what woke them up? I'll tell you what, public involvement and outcry. As they recently banned BPA from baby bottles. Truth is our hormones stimulate certain cancers. Bisphenol A has been found to stimulate prostate cancer cells, and causes breast tissue changes in mice that resemble early stages of breast cancer in both mice and humans. One study found an association between ovarian dysfunction, and higher levels of BPA in urine. Early-life exposure to BPA can also cause genetic damage. Researchers found that BPA causes chromosomal errors even at low levels of exposure in mice, which can lead to spontaneous miscarriages and birth defects. As for human data, one study found that women with a history of recurrent miscarriages had over threefold higher levels of BPA in their blood compared to women without a miscarriage history. Of 115 published animal studies, 81% found significant bad effects from even low-level exposure to BPA. While none of the 11 industry-funded studies found any significant effects. Again, what a suprise. Some of the documented adverse effects include: 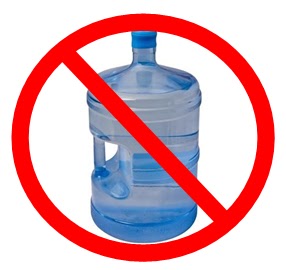 As scientific evidence of BPA's biological activity grew and continues to grow, the search for alternatives becomes more imperative. While the polymers BPA creates are strong, with a little heat, they easily release toxic chemicals, that get into our bodies not only through food and water contact, but with BPA-laden products like sales receipts, and CD's. With adverse effects that can occur at very low levels of exposure, which include, disrupted genetic signaling, and hormone activity. That can lead to diabetes, obesity, and impaired reproductive, developmental, neurological, immune, and cardiovascular function, and certain cancers. Of particular recent concern were the effects of BPA on infants and children. In a move seen by advocates as too long in coming, this year, the Food and Drug Administration banned the use of Bisphenol A,  in baby bottles, sippy cups, and in baby formula packaging. Though it won't ban it's use for other purposes at this time. So the corrupt talking heads at the FDA will concede, the chemical is hazardous for your children, but safe for the rest of us. Really? Still, this is another milestone in the people-powered movement to make our Government do their job, and get BPA out of our food. Consumers demanded BPA-free baby formula, and manufacturers finally did the right thing.

The BPA the chemical is in so many products that it is virtually ubiquitous. The Centers for Disease Control and Prevention has found BPA in more than 90% of the Americans it has tested. U.S Environmental Protection Agency (EPA),  has labeled BPA "a chemical of concern." When it comes to containers, avoid the large 2.5 and 5-gallon hard plastic containers of water. Many people have a monthly subscription to have water delivered to their homes. Unfortunately, these hard plastics that contain your water are often saturated with BPA. Then exposed to warmer temperatures or direct sunlight, during transport, or even storage in your hot garage, will leach even more of the toxic chemical into your water. Have you ever left your bottled water in the car for a day or two only to drink it later and wonder why it tastes funny? The chemical in the plastic has leached into the water from the container and that is what you're tasting. Now tap water is entirely more regulated, and contains no BPA if you put it in a glass. Just remember to use a filtration system like a "Nourish A Life" BPA free filter water bottle, or under sink in line filter that will remove the chlorine, fluoride, metals, pharmaceuticals, etc. You can easily use the inexpensive options we offer at "Nourish A Life." Just click link at the end of this article for the safe inexpensive solution. If you don't change your habits of drinking bottled water, know this, every time you watch someone in your family lifting a bottled water to their lips. They are traveling down a path of poor health, and doctor visits in the future. Especially if you are the type to buy cases of water on sale, and store then in your hot garage until you you use them. 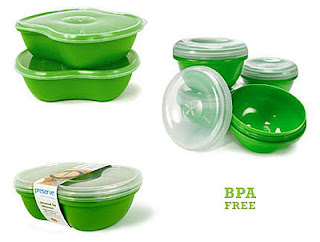 In the meantime, you can take steps to minimize your exposure. Seek out manufacturers that label their plastics as BPA-free. Responding to the BPA free demand, the market is expanding and inexpensive. Now, keep in mind that most aluminum cans have linings that contain BPA, buy products stored in glass if you can, like sodas, beer or milk. Eat fresh veggies not caned. Now for storage. Plastics are labeled with a recycling symbol & number between 1 & 7. That's the triangle symbol with the number in the middle. Plastics labeled with the number 7 or PC are made of polycarbonate and contain BPA. Polycarbonate plastic is generally hard, clear, lightweight plastic. The National Toxicology Program advises against microwaving polycarbonate plastics. The plastics break down over time, causing BPA to leach into your food. The National Toxicology Program advises against washing polycarbonate plastics in the dishwasher using high heat and harsh detergents. You also want to avoid number 3 (PVC-polyvinyl chloride) and number 6 (PS-polystyrene), 3 & 6 don't have BPA issues. They have other toxin concerns. PVC plastics contain phthalates and the styrene in polystyrene plastics is toxic to the brain and nervous system. In general, plastics that are marked with recycle codes 1, 2, 4, 5, are unlikely to contain BPA.

Cans are lined with an epoxy resin that contains BPA. This means canned veggies, soups, tuna, soft drinks beer and juice, to name a few. Anything in a can really. In fact, we are in far more danger of BPA leaching into our food from these cans than we are from plastic bottles. The Environmental Working Group advises us to use BPA free plastic, glass, porcelain or stainless steel containers for hot foods and liquids, and reduce your use of canned foods. Now back to you folks who buy water on sale and store it. Have you ever wondered how far those flats of water have traveled by train or truck before they ever got to the store, and how much heat they've been exposed to along the way? The trucks carrying that water are not refrigerated, and in the summer those bottles can get very hot. Scientists estimate that within six months of bottling, enough BPA has leached into the water in that bottle to seriously mess you up. This isn't the water you want to have waiting for you in an emergency. Billions of molecules of the stuff are constantly dissolving off the inside of the bottle and into the water you will eventually drink. Heat speeds up the process, and heat plus time only makes it worse. If you've got cases of water just sitting in your garage during summer, you're asking for trouble big time. Want to put your health in even greater jeopardy? Refill that plastic bottle and use it again and again. You're practically scraping poisons off the inside of the bottle and swirling them into your clean water. The good news is that some experts believe BPA does not stay in your system permanently. The bad news is that the average person still absorbs the poison constantly. It's probably present in your body all the time, constantly disrupting and damaging your health. BPA is also present in the packaging of virtually every microwave meal, that

So what I want to say that BPA is outright BAD for you. No matter what the talking heads for the corporations and the corrupt FDA say. The science is in. It's now apparent to me why, the government won't ban it. The general lack of education and concern in the general public. Well I've just given you the education, now have some concern. Tell everyone you know with a sense of urgency, and they'll tell someone and so on. Because of it's immense widespread use, corporations are never going to change their practice just because it's bad for your health. I would however, greatly advise my readers to follow the suggestions here and start limiting your exposure to this toxic chemical. Good Luck...