A Close Look At Pomegranate... 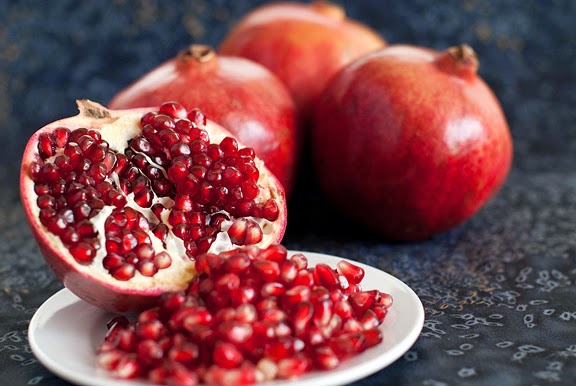 Pomegranates, can lower the incidence of heart disease.

Did you know? Pomegranates are linked to reduced blood pressure, and improved lipid profile. Pomegranates are one of the few fruits whose juice is just as beneficial as its fruit or seeds. That's because the peel, which you don't eat, contains the most antioxidants, and they are released in abundance when the fruit is squeezed for juicing. These days, researchers are discovering the truth beyond the myths surrounding the pomegranate's powers, proving why this exotic fruit has claimed such a fabled place in cultures throughout the ages. History and legend tells us, this unusual fruit is featured in mythology and tradition as a symbol of good tidings. That's why traditional Greeks still break open a pomegranate at wedding celebrations, and the Chinese eat candied pomegranate seeds for good luck. Persians believe Eve actually ate a pomegranate she plucked from a small tree in the Garden of Eden, not an apple. Ancient Egyptians buried their dead with pomegranates because they believed it offered eternal life. The pomegranate has been mentioned in many ancient texts, notably the Quran, Homeric Hymns and the Book of Exodus, and is enjoyed by many cultures. Pomegranates are native to Iran, from there they spread on the trade routs to Asian areas such as the Himalayas in Northern India. Today, it is widely cultivated throughout the whole middle east, and parts of southeast Asia, the Mediterranean and tropical Africa. They were introduced into Latin America by Spanish settlers in 1769, pomegranate is also cultivated in parts of California and Arizona. 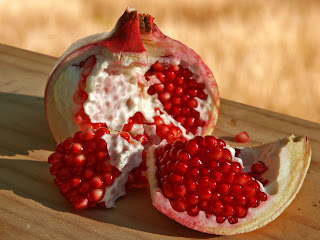 New research suggests that pomegranate juice could help fight infection and inflammation in kidney patients. Researchers, from the Technion-Israel Institute of Technology, presented a study where 101 dialysis patients were given either pomegranate juice or another placebo drink at the beginning of each dialysis session, three times a week for one year. Tests showed that the patients receiving the pomegranate juice experienced reduced inflammation and the damage of oxidative stress caused by free radicals was minimized.
The pomegranate drinkers were less likely to be hospitalized due to infections. The study authors say their findings suggest that drinking a controlled amount of pomegranate juice with a safe and monitored content of potassium may help reduce the complications that often occur in dialysis patients. One study which stuck out to me was done at UCLA that showed pomegranate juice having the higher antioxidant capacity when compared to red wine, tea and other commercial juices. Researchd also at the TI Institute of Technology confirmed that pomegranates contain a higher amount of flavonoids (a type of antioxidant) than those found in grapes. Pomegranate juice is a good source of Vitamin C, Pantothenic Acid (Vitamin B5), Folate, Potassium and Vitamin K. 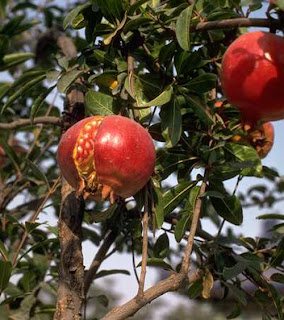 The pomegranate's real claim to fame are the antioxidants it has. Both the whole fruit and juice version are loaded with antioxidant polyphenols similar to those found in wine and tea. Pomegranate's also have some other interesting antioxidants, punicalagins & anthocyanins to be exact. FYI anthocyanins are also found in blueberries & acai. Studies are continuing to confirm that these antioxidants may be effective against cardiovascular disease, aging, neurological disorders, bacterial infections & inflammation. Punicalagins so far have only been found in pomegranate and has been under the scientific community's spotlight for its anti-disease and anti-cancer benefits lately. Pomegranates are great for men's health, in two ways, they protect against prostate cancer and fight off erectile dysfunction. Some of the cancer fighting properties in pomegranate help to delay the development of prostate cancer by blocking the production of PSA (the marker used to detect prostate cancer). This combined with the juice's antioxidants and it's ability to improve blood flow, helps in the fight against erectile dysfunction. Like a "Natural Viagra." It may help to slow down the aging process and can be beneficial in maintaining the elasticity of your skin. 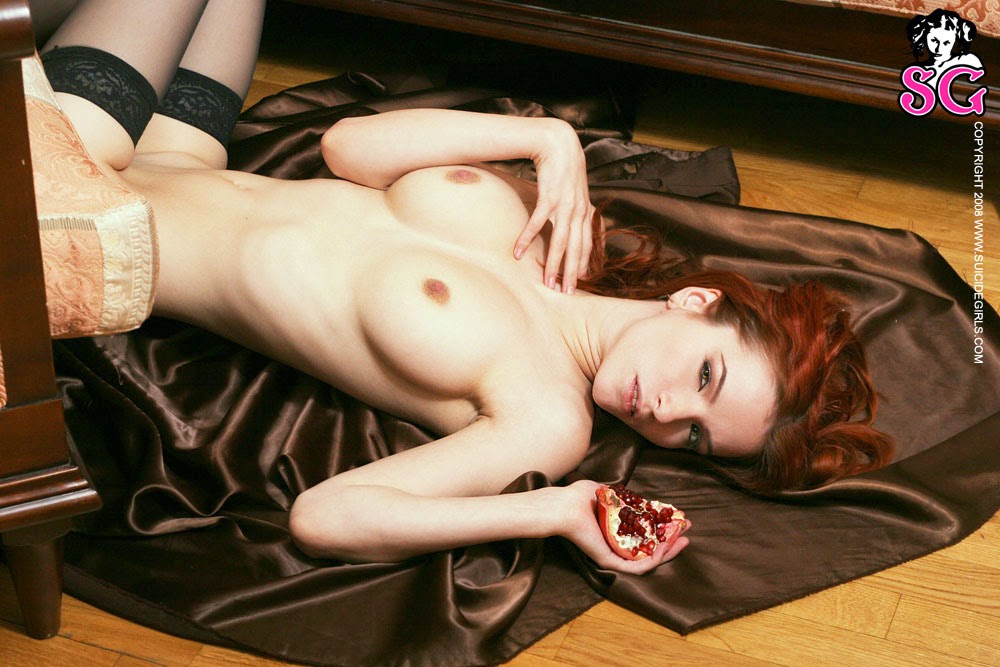 Other health benefits of pomegranate juice include it's anti-inflammatory properties, antibacterial, antiviral benefits, and the ability to control diabetes. Antioxidants also buffer the effects of free radical damage to your cells caused by oxidation. Free radicals are produced by functions within the body and elements outside the body, such as radiation from the sun. Since you can't stop free radical occurrence, and oxidation, it's important to consume foods that help neutralize their damage. To get the most out of an organic, pomegranate, eat the seeds while they're at their freshest and juiciest, and at the peak of their medicinal powers. Some people suck the juice out and spit out the seed. It's a personal choice but it's better for you to eat the entire seed. Most of the beneficial fiber actually comes from the seed. Organic pomegranate seeds have a delicious, pleasant, slightly acidic flavor that has all the sweetness of cranberries without the tartness. Trust me. I suggest sprinkling the seeds on a green salad or a fruit salad for a surprising taste sensation. You can add them to any recipe that calls for fruit or seeds, too. Pomegranate juice is available in many supermarkets so be sure to read the label to make sure you're getting a quality product. Make sure it's 100% pom juice, organic, and not from concentrate if possible. Also make sure that no sugars are added. Another thing to look for is there should be a little bit of this thick, cloudy stuff at the bottom of the container. That's a good thing, so just shake it up and you’ll be good to go. Eating pomegranates might interfere with certain medications. Be sure to ask your doctor or pharmacist about any drug interactions, if that’s a concern for you. Good Luck... 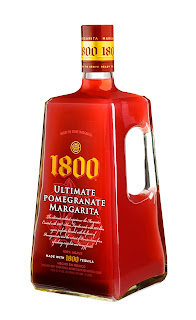 Not the healthiest way to get your Pomegranate, all the same I've had a Jose Cuervo Pomegranate Margarita recently and it was tasty! New, and pre-mixed with 1800 !!   Drink Responsibly... 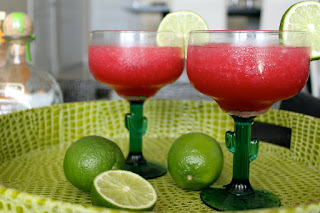