The Truth About Goji Berries... 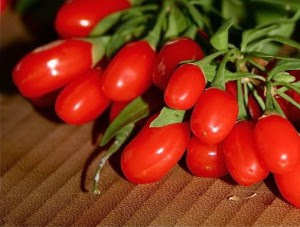 Goji berries have been used for 6,000 years by herbalists in China, Tibet and India

Understanding any health food trend is important when determining whether or not it is something that you need to add to your daily diet. 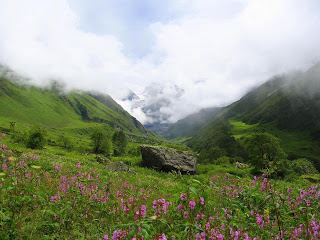 In order to make this decision, you need to know what the goji berry is and what the benefits are to your body. First off, Goji berries, also known as wolf berries, have been a part of  Chinese medicine for centuries. The Goji berry is a red berry grown in Himalayan valleys. Goji berries are a dark-red fruit with a sweet taste that have been known to have exceptional healing powers and are considered to be one of the world's most nutrient-dense foods. For thousands of the years the Goji berry has been proven to improve various ailments and health conditions, such as liver, kidney or eye diseases. 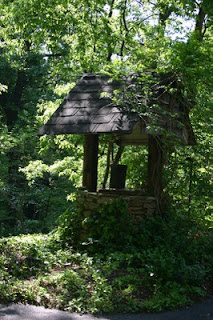 One of the ancient Himalayan legends tells the story of a well that was built next to a Buddhist temple during the Tang Dynasty, around 800 AD. Goji vines had grown around it, so it was common for the berries to fall into the water. Over time people noticed that those who prayed at that particular temple not only looked younger, but they also were much healthier. Even at the age of eighty they had no white hair and had lost no teeth. It seems the secret wasn't in the prayer, at least not in a direct sense. What made them so healthy were the Goji berries that had fallen in the well, and they had consumed while drinking the water. Another legend claims that a man named Li Qing Yuen consumed Goji berries daily and lived to be 252 years old. Gotta love those Asian legends. FYI the first natural healers are believed to be Himalayans. They shared their ancient wisdom with the herbalists of India, Tibet and China. Goji was a secret told by them. This fruit is easily available in the Himalayan valleys. Then, those who came to learn the ancient science in the Himalayas took the Goji with them and cultivated it in their own homes. So, the roots of this legendary fruit spread to Asia and India. Organic goji berries are still a staple in the diets of the Hunza people who live in the Himalayan Mountains. The Hunza are famous for living long, healthy lives. Many live to be over 100 years of age. 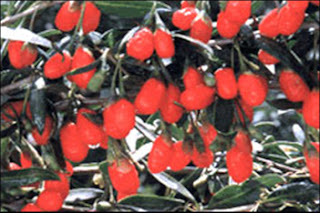 The dried Goji fruit looks like raisins. This fruit is also known as the "happy berry". It is believed that the regular consumption of the Goji fruit brings a cheerful attitude. In traditional Chinese medicine, Goji berries are eaten raw, brewed into a tea, added to Chinese soups, or made into liquid extracts. Goji berries are rich in antioxidants, particularly carotenoids such as beta-carotene and zeaxanthin. One of zeaxanthin's key roles is to protect the retina of the eye by absorbing blue light and acting as an antioxidant. In fact, increased intake of foods containing zeathanthin may decrease the risk of developing age-related macular degeneration (AMD), the leading cause of vision loss and blindness in people over the age of 65. Some of the other known health benefits of Goji are:


Goji also stimulates the release, by the pituitary gland of HGH human growth hormone, the youth hormone, to make you look and feel younger. The benefits of HGH are extensive and include reduction of body fat, better sleep, improved memory, accelerated healing, restored libido, and a more youthful appearance.  I guess this classifies Goji berry as a real SUPER food. I'm eating some right now trying to catch up. Who knew that one little relatively unheard of berry could offer SO many benefits. So to eat the Goji berry, or not to eat the Goji berry? Honestly  that is something I can't answer for you. All I can say is don't get between me and the health food store right now because I'm on my way to buy some more Goji. I know Trader Joe's has a Goji raisins. So try the dried or try growing your own. Don't go overboard at first. You know what they say about too much of a good thing. You must keep in mind your own body and how you feel. Always consult with your doctor if you are taking any prescription meds. especially blood thiners. Goji berries may also interact with diabetes and blood pressure drugs. According to WebMD "if you have pollen allergies, you may want to stay away from this fruit. However, when eaten in moderation, Goji berries appear to be safe". Look at these benefits and your diet and from there you can decide if the Goji berry would be a good addition to your diet. Good Luck...

For Pure Clean Drinking Water any time, anywhere click one of the "Nourish A Life" banners on either side of this article at the top of the page, or doc.nourishalife.org and get your own water filtering bottle. Save the environment, save your health, "Nourish A Life"