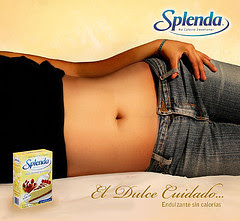 There is a difference between sugars, natural sugar, refined sugar, and corn syrup. Sugar if natural, can be useful to the body, and if altered by man, can be harmful to the body. One thing you can "bet the farm on" is that artificial sweeteners are not the solution. So let's look at Splenda. Splenda primarily contains sucralose, a crystalline, non-calorie containing, water-soluble artificial sweetener 600 times sweeter than table sugar. Sucralose today is found in over 4500 sweetened products like diet sodas, yogurt and breakfast cereal, and don't forget those yellow Splenda packets in every restaurant and coffee shop. Sucralose is made by adding three chlorine atoms to each molecule of sucrose (sugar). This causes some experts to claim that sucralose is closer to a pesticide, than it is to sugar. The sugar-substitute is indigestible, so the body doesn't recognize it as a carbohydrate. Since it isn't digested like sugar, the body isn't able to use it for energy. In 1976, sucralose was actually discovered in a lab where scientists were trying to create a new insecticide. A graduate student mistakenly tasted the chlorinated sugar instead of testing it and discovered that it was a few hundred times sweeter than table sugar. 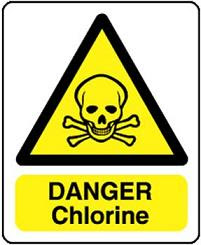 It may have started out as sugar, but the final product is anything but sugar. According to the book "Sweet Deception", sucralose is made when sugar is treated with trityl chloride, acetic anhydride, hydrogen chlorine, thionyl chloride, and methanol in the presence of dimethylformamide, 4-methylmorpholine, toluene, methyl isobutyl ketone, acetic acid, benzyltriethlyammonium chloride, and sodium methoxide, making it unlike anything found in nature. If you read the fine print on the Splenda web site, it states that "although sucralose has a structure like sugar and a sugar-like taste, it is not natural." Medicine Net .com says, the presence of chlorine is thought to be the most dangerous component of sucralose. Chlorine is considered a carcinogen and has been used in poisonous gas, disinfectants, pesticides, and plastics. The chlorine atoms make it hard to absorb, which is the reason why there are barely any calories. The problem lies during digestion, when the molecule is transformed into chlorocarbon, which is known to be toxic to the human body. The digestion and absorption of sucralose is not clear due to a lack of long-term studies on humans. The majority of studies were done on animals for short lengths of time. The alleged symptoms associated with sucralose are gastrointestinal problems (bloating, gas, nausea), skin irritations (rash, hives, redness, itching, swelling), wheezing, cough, runny nose, chest pains, palpitations, anxiety, anger, moods swings, depression, and itchy eyes. The only way to be sure of the safety of sucralose is to have long-term studies on humans done. Splenda is a product that contains the artificial sweetener sucralose, but there are two other ingredients in Splenda, and they are dextrose, and maltodextrin, which are used to increase bulk. Problem is they are carbohydrates that do have calories. So one cup of Splenda contains 96 calories and 32 grams of carbohydrates, which is often unnoticed due to the label claiming that it's a no calorie sweetener. 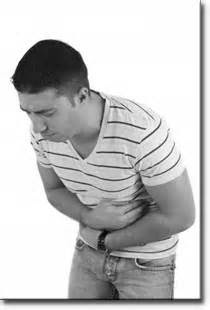 According to the findings of a study involving rats, that appeared in the October 2009 issue of "Regulatory Toxicology and Pharmacology," sucralose yielded negative health effects. Researchers found that sucralose interfered with nutrient absorption, increased body weight and decreased the amount of beneficial bacteria in the intestines. A study released by "The Journal of Toxicology and Environmental Health" in January 2008 states that Splenda may alter the composition of the intestinal microflora, the natural micro-organism residents of the intestines that protect against the possible growth of disease-causing organisms. With a decreased number of resident micro-organisms in the intestines, infectious diseases may occur in the gut. In a study published in "The Chinese Journal of Integrated Traditional and Western Medicine" in March 2006, researchers stated that the decrease in the intestinal flora signals the attack of irritable bowel syndrome, a chronic gastrointestinal disorder characterized by abdominal cramping, and bloating.

According to "The Journal of Toxicology and Environmental Health," Splenda may enhance the expression of CYP3A4 cytochrome P450, resulting in the alteration of the availability of certain orally administered drugs such as oral hypoglycemic agents for diabetics, angiotensin II blockers used by hypertensive patients, anti-epileptic medications, beta blockers for hypertension and heart problems, antidepressants, antipsychotics and macrolide antibiotics such as clarithromycin and erythromycin. 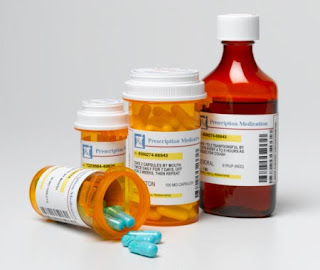 The thymus is an immune system organ in the center of the upper chest. It produces and houses T-lymphocytes, (T-cells) white blood cells responsible for eliminating certain infections and potentially malignant cells within the body. According to the "American Association of Occupational Health Nurses Journal," diets with 5% sucralose may lead to the shrinking of the thymus gland, not because of toxicity but because of nutritional deficiencies brought about by reduced food intake triggered by sucralose intake. Health Services at Columbia University reports that Splenda and other artificial sweeteners can have a laxative effect. Some users may experience significant stomach side effects, while others may not have any apparent gastrointestinal issues. Columbia suggests that moderation is key for the average person to prevent these side effects, although some people may experience unpleasant stomach side effects from just small amount. According to both Dr. Joesph Mercola and the University of Alabama - Birmingham claim, at least 15% of the sucarlose that you consume is absorbed and metabolized by your body. Now, the human body is very good at detoxifying itself of certain substances, but this is not the case with organochlorine compounds, which are organic compounds that have been chlorinated. 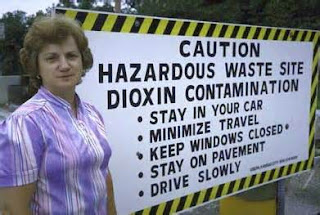 Dioxin, one organochlorine compound that is a by-product of the paper bleaching process, is 300,000 times more carcinogenic than DDT, an insecticide that was banned because of its toxicity. These compounds have been linked to birth defects like babies with 2 heads, cancer, and immune dysfunction. These chemicals also stay in your body and accumulate over time. According to the Sucralose Toxicity Information Center, the absorbed sucralose and its metabolites (chemically altered substances) concentrate in the liver, kidney, and gastrointestinal tract. Splenda manufacturers claim there is minimal absorption of Splenda and its metabolites. The FDA says there is only 11% to 27% absorption, but the Japanese Food Sanitation Council says as much as 40% is absorbed by the body. One study on sucralose showed an increase in glycosylated hemoglobin, that results in damage to the oxygen carrying part of a red blood cell. Fat soluble substances, such as DDT, can remain in your fat for decades and devastate your health. Considering that Splenda bears more chemical similarity to DDT than it does to sugar, are you willing to bet your health? Consider this, the only organizations between you and product toxic side effects are the FDA and the manufacturers of sucralose (Tate & Lyle) and of Splenda (McNeil Nutritionals). Now the FDA has a long standing history of ineffective screening and rampant conflict of interests as demonstrated in their inability to identify Vioxx as too dangerous to be on the market. This mistake costs 55,000 people their lives. 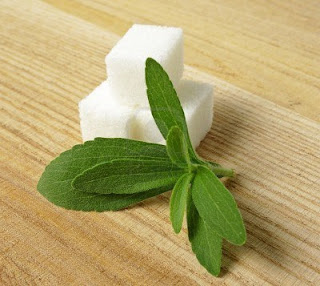 The best way to determine if sucralose is affecting you is to eliminate it, and other artificial sweeteners from your diet completely for a period of one to two weeks. After this period reintroduce it in sufficient quantity. For example, use it in your beverage in the morning, and eat at least two sucralose containing products the remainder of the day. Do this for a period of one to three days. Take notice of how your body is feeling, particularly if it feels different than when you were artificial sweetener free. The answer? The natural sweeteners like Xylitol or Stevia. Stevia is a South American herb that has been used as a sweetener by the Guarani Indians of Paraguay for hundreds of years. The leaves of the small, green Stevia plant have a naturally sweet taste that can be 30 times sweeter than sugar. I grow Stevia in my garden in California, and sometimes just chew on leaves. They are refreshing and sweet. Xylitol is a naturally occurring carbohydrate, that looks and tastes just like regular table sugar. It is a natural sweetener that can be extracted from any woody fibrous plant material. You can find Stevia and Xylitol at any major supermarket or health food store, and don't forget honey. They won't deplete your good intestinal bacteria like Splenda, increase your risk of cancer like Sweet'N Low, or cause neurotoxicity like NutraSweet. Good Luck...