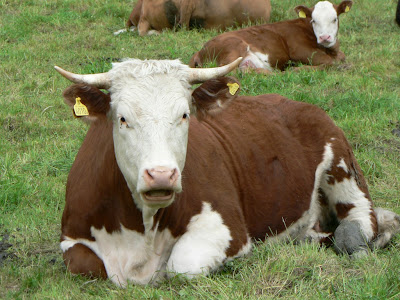 The use of rBGH leads to hormones in your milk, milk products and meat.

First off, the growth hormones given to dairy cows and beef cattle are different. In dairy cows, the controversy centers around recombinant bovine growth hormone (rBGH), a synthetic version of a hormone cows produce naturally. (It’s also sometimes called rBST, for recombinant bovine somatotropin.) For beef cattle it's steroids, where it all leads is to sick cows and more polluted meat from massive doses of anti-biotics. Beef cattle producers administer a variety of steroid hormones, including natural and synthetic versions of estrogen and testosterone, to make animals grow faster, convert their food into muscle more efficiently and make their meat leaner. "Pure Food" advocates, like myself fear that residues of added hormones in meat could disrupt normal hormone function in humans, especially developing children, potentially increasing the risk of problems such as reproductive abnormalities. Synthetic hormones in milk lead to increased levels of a growth factor, known as insulin-dependent growth factor 1 (IGF-1) in both milk and milk products, and meat as well. 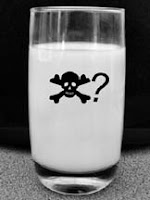 First let me say if you haven't realized it by now: no one is going to look out for you and your families nutritional well being. It's your responsibility, You, Not the Farmers, Not the Government, you decide what ultimately ends up on your dinner table so choose wisely. I'll attempt to explore the topics to help you ask the right questions, and elect congressmen and women who are on the right side of these issues, and hold them accountable, deal? 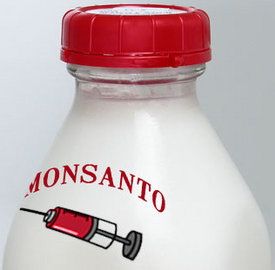 So that brings us back to, rBGH, recombinant bovine growth hormone. According to the organic consumers assoc. rBGH (recombinant Bovine Growth Hormone) is a genetically engineered, potent variant of the natural growth hormone produced by cows. Manufactured by Monsanto, it is sold to dairy farmers under the trade name POSILAC. Injection of this hormone forces cows to increase their milk production by about 10%. Monsanto has stated that "about one third of dairy cows, are in herds where the hormone is used". Monsanto, supported by the Food and Drug Administration (FDA), insist that rBGH milk is indistinguishable from natural milk, and that it is safe for consumers. This is blatantly false, rBGH makes cows sick. Monsanto has been forced to admit to about 20 toxic effects, including mastitis, on its Posilac label. rBGH milk ihas been shown to be contaminated by pus, due to the mastitis commonly induced by rBGH, and antibiotics used to treat the mastitis. Also, rBGH milk is chemically, and nutritionally different than natural milk. Milk from cows injected with rBGH is contaminated with the hormone, traces of which are absorbed through the human gut into the blood. So, rBGH milk is supercharged, with high levels of a natural growth factor (IGF-1), which is readily absorbed through the gut. So, excess levels of IGF-1 have been incriminated as a cause of breast, colon, and prostate cancers, because IGF-1 blocks natural defense mechanisms against early submicroscopic cancers. Based on 37 published scientific studies as detailed in Dr. Samuel S. Epstein, (professor emeritus of environmental medicine at the University of Illinois at Chicago School of Public Health and world renowned author), in his book What's in Your Milk?, "excess levels of IGF-1 in rBGH milk pose major risks of breast, colon and prostate cancers." 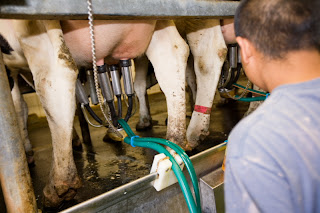 A little history, In 1937, the administration of BST was shown to increase the milk yield in lactating cows by preventing mammary cell death in dairy cattle. Until the 1980s, there was very limited use of the compound in agriculture as the sole source of the hormone was from bovine cadavers. During this time, the knowledge of the structure and function of the hormone increased. WIth the advent of biotechnology, one of the pioneering biotech companies, Genentech succeeded in cloning the gene for BST. Monsanto had working along the same lines and struck a deal with Genentech in 1979 to license Genentech's patents and collaborate on development of a recombinant version of BST – a process on which Monsanto would invest $300 million. The two companies used genetic engineering to clone the rBST gene into E. coli. The bacteria are grown in bioreactors, then broken up and separated from the rBST, which is purified to produce the injectable hormone. FDA approved Monsanto's application in 1993. Monsanto launched rBST, brand-named Posilac, in 1994.
A 2007 USDA Dairy Survey estimated rBGH use at 15.2% of operations and 17.2% of cows. 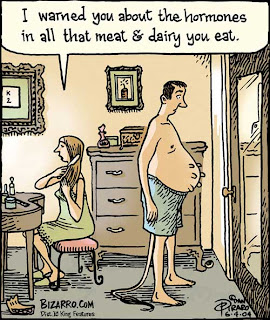 In September 2010, the United States Court of Appeals, Sixth Circuit, analyzing evidence submitted in briefs, found that there is a "compositional difference" between milk from rBGH-treated cows and milk from untreated cows. The court stated that milk from rBGH-treated cows has: increased levels of the hormone Insulin-like growth factor 1 (IGF-1), higher fat content and lower protein content when produced at certain points in the cow's lactation cycle, and more somatic cell counts, which may "make the milk turn sour more quickly." IGF-1 occurs normally in the milk of both humans and cows and is normally produced and circulates within humans as well, consumers have been concerned about levels of bovine IGF-1 in milk and meat treated with rBGH because there is a very well established correlation between abnormally high levels of circulating IGF-1 and the development and growth of human cancers. Regulatory bodies in several countries, such as the EU, Canada, Japan, Australia and New Zealand, rejected Monsanto's application to sell rBST. 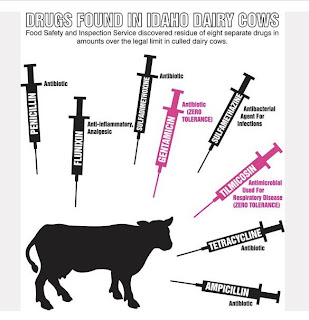 Operations using rBGH do so with little regard for the cows or the humans that eventually eat them, the beef industry pumps growth hormones into upwards of 80% of beef cattle raised in the U.S. each year. These hormones are intended to boost growth rates and increase body mass–think cows on steroids. Although the U.S. Department of Agriculture does not allow producers to treat chickens or pigs with hormones, the agency does permit the practice for cattle and sheep.

rBGH factory farms also pose a major threat to the viability of small dairy farms. rBGH enriches Monsanto, while posing dangers, without any benefits, to consumers, especially in view of the current national surplus of milk. So once again we see mega factory farm organizations like Monsanto lines its pockets with gold on the misery of unsuspecting consumers who believe that someone is looking out for them and their nutritional health interest's. 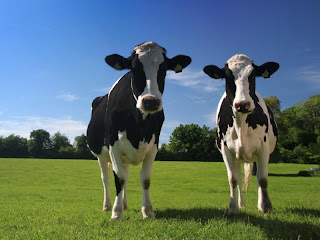 These are organically raised cows. Do they look distressed? Now if you'd rather consume hormone-free dairy or meat products, look for organic options. U.S. Department of Agriculture standards for products labeled organic require that animals not be treated with either growth hormones or antibiotics, products bearing a USDA Organic seal are in compliance with these rules. On non-organic foods, look for the right words. Check the packaging or label for no added hormones or from cows not treated with rBGH. Don't assume that other wholesome-sounding terms, such as natural or free range, mean that the food comes from animals that weren't given growth hormones, steroids, or antibiotics. Good Luck...

Posted by Thomas "Doc" Masters Owner Of Flex-Appeal Personal Training in Dana Point, Ca. at 12:48 AM