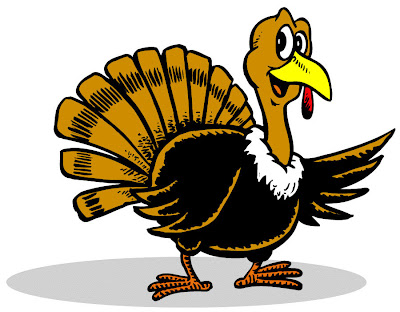 So what does a nutrition writer have to say about Thanksgiving. Thanksgiving as well as another ridiculously commercialized holiday Christmas can be a  thorn in the side of us those of us that claim reality as the world we reside in.

First the facts, the Pilgrims sailed here to North America, New England specifically, on the ship, "Mayflower". They celebrated the first Thanksgiving Day at Plymouth, Massachusetts, as a harvest holiday. The Wampanoag Indians were the people who taught the Pilgrims how to cultivate the land, or they would have perished where they landed. The Pilgrim leader, Governor William Bradford, organized the first Thanksgiving feast in 1621. 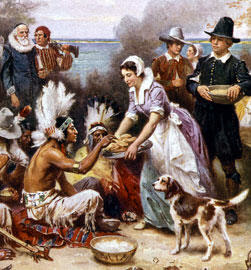 He invited the neighboring Wampanoag Indians to the feast. Because despite their arrogant, pious faith in their invisible God, their very existence was due in total, to the acceptance and kindness of the local Native Americans. The first Thanksgiving celebration lasted three days. They don't do non-religious holidays like that any more. After everyone woke up from that 3 day drunken eating festival, the Pilgrims embarked on a land acquisition frenzy that didn't end until they reached the Pacific Ocean, and every Native Americans land was STOLEN from their respective tribes and they were forced to live on the government subsidized wastelands of this beautiful continent.
Abraham Lincoln issued a "Thanksgiving Proclamation" on third October 1863 and officially set aside the last Thursday of November as the national day for Thanksgiving. Congress to passed a law on December 26, 1941, ensuring that all Americans would celebrate a unified Thanksgiving on the fourth Thursday of November every year. In the US, about 280 million turkeys are sold for the Thanksgiving celebrations each year. Californians are the largest consumers of turkey in the United States. Turkey has more protein than chicken or beef. The heaviest turkey ever raised was 86 pounds, about the size of a large dog. 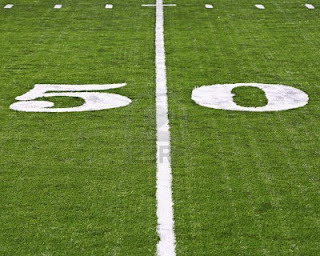 For many us Americans, Thanksgiving without football is as unthinkable as the Fourth of July without fireworks. NBC Radio broadcast the first national Thanksgiving Day game in 1934, when the Detroit Lions hosted the Chicago Bears. Except for a break during World War II, the Lions have played-usually badly-every Thanksgiving Day since. For the 2011 game, the 72nd, they take on the Green Bay Packers. This game will have the whole nation pinned to their T.V. set's you can bet your last dime on it.

So I guess what I'm saying is that to celebrate Thanksgiving is to celebrate the beginning of the end for all the indigenous peoples of North America. Which in this blog today I will not presume to pass judgement on. I will say this though "Let's get real" and start telling the truth about our history. It is, what it is. The way I see it today's incarnation of Thanksgiving represents a yearly reuniting of families that have dispersed. This reuniting, forces us to search for commonalities that might still exist so that we may still call ourselves, family. Like cooking and football. Sadly after a few cocktails we all too quickly remember why we dispersed. Every family has that crazy aunt or uncle, or the cousin who never grows up, or the disgruntled insulting relative, or the one who drinks too much, or the mystery guest that no-one likes. There is no denying though we are the sum of the influences of the persons and situations we have been exposed to in our lives. Some more than others. Whether we want to admit it or not, our families have a major role in the development of who we are. Good or Bad. We either emulate or run from certain behaviors we are exposed to. That's who we are. Sometimes it's hard to look in that mirror. Especially when family's get together. 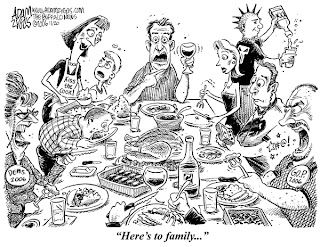 Now if your the health or fitness enthusiast at your family gathering, don't try to convert anyone at this meal to a healthier way of eating. You have 363 other day's a year to do that. Being a fitness professional and nutritional writer, I get hammered at these types of gatherings. Try my favorite sidestep. Whenever anyone tries to attempt to corner me with a topic. I just say "what have you heard, or read?" That puts the ball back in their court. Then agree with everything that is said! No matter what is said. Believe me it doesn't hurt a bit. Everyone will like you, and be more open to hearing more about what you think at a later date. Quickly excuse yourself and have a drink refill or a piss. Then opt for a seat at the kiddie table it's always more fun less confrontational. Enjoy your family, enjoy your friends, enjoy the food, enjoy the day!


FOR A FREE INTRODUCTORY WORKOUT OR DIET CONSULTATION PLEASE CONTACT ME  DOC MASTERS AT  flexappealdoc@hotmail.com