Why She Won't Call You ! 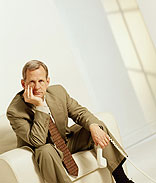 It happens to the best of us guys. We’ve been dating a girl for a couple of months and things seem to be going well. She laughs at your jokes, plays footsie with you under the table at restaurants, and sends every possible signal that she’s smitten. Just about the time you start thinking you two might have a some kinda future together or at least another date, poof!  Like Criss Angel she's gone! What just happened? In truth, a woman's reasons for bailing are as varied as the women themselves. Now let's assume there is no aberrant or abhorrent behavior going on. Today  I'll attempt to use my life experiences to explore a few of them guy's.

She’s dying to get hitched
After a few months, a commitment-minded woman is really taking inventory to see if you’re marriage or parent material. If she decides you’re not, she’d rather quit wasting her time and move on. Even if the sex is great. It’s quite possible that she’s never talked to you about any of this. After all, her talking about marriage when you’ve only been going out for a few months would make her look overeager, if not desperate. That doesn’t mean she’s not secretly sizing you up though and maybe she's decided you’re not Mr. Right just Mr. Right now.  That you’re just not ready to settle down yet and easily replaced. Oh she will tell her mom, her girls, her hairdresser and trainer but not you. This ones about secrets. Be glad she's gone.


Someone better came along
The truth hurts, but sometimes a girl simply gets a better offer. There are so many potential partners out there, women often get overwhelmed by their choices. When they're young, their attitude becomes, so many men, so little time. If you’ve been burned by a flighty woman like that, try not to take it personally. There are plenty of women out there who’ll give you a real shot.

The romance has fizzled
Some women are romantics at heart, utterly intoxicated by the new-love giddiness that permeates those early dates. However, when the honeymoon period subsides, if you can't bring the romance and make her feel special they quickly lose interest. Always after a few months of steady dating, you two will have gotten comfortable with each other, so the newness and novelty wears off.  This is completely natural, but for romance junkies, it can spell the end of the relationship. So bring the romance for this girl or you'll be dining with your dog.

She’s afraid to settle
You’re great… but could she get someone better?  Harsh as it sounds, this question often nags women. A woman will often wonder: He’s a good guy, but is he good enough?. Don’t take it personally. This question says very little about your desirability as a mate and much more about her obsession with status. And that’s probably not someone you want to be with anyway, right?

You did something that offended her
Women often have an unspoken laundry list of dating “red flags,” yep you all do girls. If you inadvertently do something on that list, she may high-tail it out of there. Maybe you did something small  like asking her to split the dinner bill. Or brush her teeth. If that makes her feel she’s not being treated well, bye bye. Instead of talking to you about it, she’ll likely just bail without ever telling you why or ever returning your calls. Like I said before, she’ll tell her girlfriends, hairdresser and trainer, why she left, but because these deal breakers can be so obvious to her she may not discuss them with you, unfortunately. Because each woman is different, those no-no’s will vary  making it practically impossible to predict what is going to set her off. Hell her hormones may just be in flux and she just watched a sad movie where the villain reminded her of you! Luckily, there is a way to cut her off at the pass. If you notice your date acting weird when you do something, ask her about it. If she confesses that she’s turned off by splitting the check for dinner, for instance, you can talk about it then. It could turn out that her last boyfriend was an unemployed mooch who she supported for two years, then cheated on her and she doesn’t want to go down that road again. If you can communicate about what’s really going on, from your first date that’s a good sign. As long as you can both be open and honest, you’re on the right track to staying together. So that's what I think and I'm sticken to it. Good Luck...