Supplements, Because I Read It... It Must Be True! 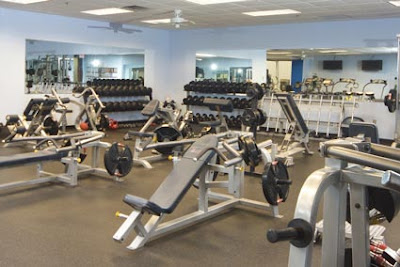 As I sat in an office at a health club. I had just finished a consulting appointment and a member of the club asked me about one of the Growth Hormone precursor supplements.

He asked if I believed it "worked," and of course, doing what I do, I shared my educated opinion and believed I had helped him see that the product was being fraudulently marketed. It was simply an amino acid supplement being sold as a miraculous fat burning aid. He listened, but I could tell he was annoyed. I wasn't telling him what he wanted to hear. He handed me a bottle of the product and I went through the ingredients one by one. He left the office in a huff, and stormed back in less than a minute later waving a sheet of paper. It was a photocopy of an "article" that went on to discuss how "research has proven" the supplement works. Despite anything I said, he was going to believe it worked because it said so on a sheet of paper. There's something about seeing it in print that makes it believable, and that's why product sellers can capitalize on valueless products simply by skewing and twisting the reality and putting the twist in print. Few marketers can really claim originality in their fraudulent marketing ploys, as they seem to replicate whatever appears to "work" to sell products. There are some common ploys product marketers use, deceptive techniques, newspapers, magazines, flyers, and brochures, that have the persuasion power to get people to act. Unfortunately, the angry man in the health club wasted a fair amount of money as a result of his tendency to believe what it says in print. I don't want to discourage you from buying anything you see value in, but I do want to protect you by allowing you to identify some of the more common marketing ploys.

It appears as if there are scientists hard at work coming up with revolutionary principles and new technologies, all "breakthroughs" in reducing American waistlines.

The Ab Swing is marketed with the mention of "Swing Glide Technology." Ab Away uses "Reverse Ab Action Technology." The Ab Scissor in unique because of its "patented Scissor Action, a biomechanical breakthrough based on its unique Gravitational Linkage System." What in the world are they talking about?!?!!? I've written this blog while using "the nucleonic bull-bashing truth-seeking, advanced breakthrough system of fitness truth." Here's the reality. Ab devices will NOT reduce your waist, will not "carve away the love handles," and unless they come with a scalpel and a suction hose, will not make fat vanish from your waistline. They do, however, have a tendency to make money vanish from your wallet and the hope of achieving great abs will eventually vanish into oblivion.

A recent trend, based on the "sell-something so you can sell- something-else" approach, seems to have caught fire. The ads are being designed to sell belts, bandages, and wraps, claiming that they will melt fat, but ONLY if you use the creams and lotions the company behind the ads also happens to sell. Some of these creams and lotions lead to water loss, and when you wrap an area you force water displacement which can create the illusion it's working. All that's really working is the advertising.

Selling addictive drugs. That sounds criminal, doesn't it? Well, criminals and product marketers in many cases may be one and the same. Thankfully the FTC does sometimes step in and put a stop to these practices. The Ab Energizer was sold via an infomercial and it was one of the top airing infomercials during it's lifespan. Its lifespan ended when the FTC filed complaints relating to fraudulent claims. The Ab Energizer was a one-time purchase but it came with the Ab Energizer Dietary Supplement. What was in it? Ephedrine. An addictive drug.Not kiding folks.

As another example of this deceptive practice, a news release issued by the office of the Attorney General of the State of New Jersey reports that they are suing Goen Weight Loss seminars for fraud. Apparently, Goen's marketing materials promised up to 120 pounds of fat loss in a year without drugs, using hypnosis! After paying $59.99 to attend the seminars, attendees were persuaded to buy, you guessed it, ephedrine products! There's lots of money to be made when you get enough people addicted to an inexpensive product. Ask any crack dealer,or any of the marketers who employ this deceptive practice.

"Natural" to imply that something is "safe"

"The world's strongest "natural" fat burner" is a promise made by a manufacturer of yet another ephedrine-based product. The copy goes on to suggest that this compound is absolutely safe as its ingredients are "all natural." Let's understand the word "natural." It means "found in nature."
Cocaine comes from cocoa leaves. Opium comes from poppy seeds. Methamphetamine is made from ephedrine which is extracted from Ma Huang, a chinese herb found in nature. Are these "natural?" We'd have to say yes, but would we ever presume to call these compounds safe??!?!? There is a toxin produced in the liver of the blowfish that is so highly toxic to humans that if it's swallowed, death arrives almost instantly. This toxin is found in nature. I think you get my point.

They sell you a potion and tell you to stop eating

You find a product that's inexpensive, put it in a bottle of some sort, and tell people it's a weight loss miracle. There's one more step in the process if you want repeat business. Just tell the people who take it not to eat! From the label of the 24-hour juice diet, "do not consume food." From the label of the "lose weight while you sleep" collagen protein supplements, "take 3 hours before bed on an empty stomach and do not eat until morning." You'd think common sense would kick in here, but no, if it's in print, it must be the juice, the collagen, or the delicious tasting shake working the weight loss magic.

They quote actual research performed on some other compound

Let's get back to my meeting in the health club. The man's name was Michael. He gave me the photocopy and I took it home with me. As I came to understand the situation a bit better, I learned he had "bought in" to a company that sold the product, and he was convinced, primarily because of "the research" that it was legit. When I shared my skepticism, he didn't want to hear it. He wanted to believe "the research." I actually pulled up the research studies. One was referenced as follows

This was a legitimate study, but it used injections of actual Growth Hormone! The product being sold was an oral capsule containing an array of free form amino acids. It has nothing to do with the research! Before blindly believing what it says in print, find the study in the journal it was published in and decide for yourself whether it has any merit.
Read magazines for entertainment, but realize their editorial is biased in favor of their advertisers. In fact, many supplement companies now put out their own magazines which are really nothing more than glorified brochures. The information isn't scrutinized by anyone other than those who maintain a vested interest in product sales. So remember the old saying " A Fool And His Money Are Soon Parted"...The web is a wonderful library do a little research before you buy. Good Luck...

FOR A FREE INTRODUCTORY WORKOUT OR DIET CONSULTATION PLEASE CONTACT ME  DOC MASTERS AT  flexappealdoc@hotmail.com

Posted by Thomas "Doc" Masters Owner Of Flex-Appeal Personal Training in Dana Point, Ca. at 10:59 AM