These day's it becomes increasingly obvious that we must do our own research when it comes to taking care of our own health and bodies. 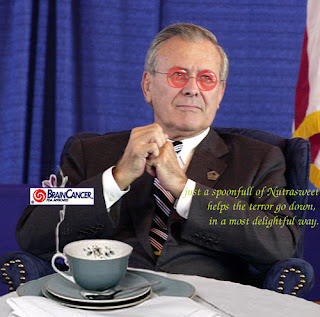 A little history of how this sweetener made its way onto our supermarket shelves.  When aspartame was put before the FDA for approval in 1973, it was denied 8 times.  G.D. Searle, who was the founder of aspartame, tried repeatedly despite reports from neuroscientist Dr. John Olney and researcher Ann Reynolds, hired by Searle himself, that aspartame was dangerous.  Dr. Martha Freeman, a scientist from the FDA Division of Metabolic and Endocrine Products, declared, “the information submitted for review is inadequate to permit a scientific evaluation of clinical safety.” Dr. Martha Freeman further recommended that "until the safety of aspartame was proven, marketing the product should not be permitted." Her recommendations were clearly ignored.  Somehow in 1974, Searle managed to get approval to use aspartame in dry foods.  Then in 1975, the FDA put together a special group to review Searle’s testing methods.  Task force team leader Phillip Brodsky said he “had never seen anything as bad as Searle's testing and actually called test results, “manipulated.”  In 1977, the FDA asked the U.S. attorney’s office to start grand jury proceedings against Searle for “knowingly misrepresenting findings and concealing material facts and making false statements in aspartame safety tests”. In short, aspartame has been on the market with no regard to our safety and health.  It is proven harmful. We cannot count on the FDA to protect us.


Today, the wide spread use of aspartame (NUTRA SWEET) in our food supply has re-ignited the issue of aspartame’s safety, despite the fact that the FDA approved it nearly 20 years ago, and has continuously refuted new studies suggesting their original approval was ignorant at best.
An interesting tidbit that can help explain why some people experience ill effects from aspartame quite rapidly, whereas others can ingest aspartame for some time without noticing any ill effects, is that you may have more or less of a particular enzyme that breaks down alcohols that could otherwise be toxic
Aspartame contains about 10 percent methanol by weight, also known as wood alcohol, which is broken down into formaldehyde, and then formic acid, in your body. The only human enzyme capable of metabolizing methanol to formaldehyde is an enzyme called Class I alcohol dehydrogenase or ADH I.
Formaldehyde, in turn, damages your body by attacking proteins and embalming them. A simple layman’s description of what happens, courtesy of  PBD.org. According to PBD.org, “small amounts of methanol can cause blindness, as the sensitive proteins in the retina are attacked” And visual disturbance, including retinal detachment, is one of the reported side effects of aspartame consumption. 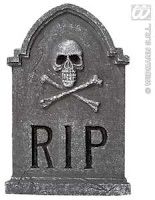 It’s worth keeping in mind that most toxins that are harmful to your health are not going to harm you instantly. The reality is that few health hazards do. As with many other toxins and harmful chemicals, aspartame may be acutely toxic to some, while others can consume it without experiencing any immediate side effects. There’s no guarantee it won’t lead to health problems later on, and it’s not evidence of aspartame’s safety for the population at large. When you take into account the tens of thousands of people who HAVE experienced both acute and long-term side effects.
Please remember that just like other artificial sweeteners, there are no long-term safety studies in humans that support its use as they were never required by the FDA. My take use artificial sweeteners use them at your own perril. Good Luck...


FOR A FREE INTRODUCTORY WORKOUT OR DIET CONSULTATION PLEASE CONTACT ME  DOC MASTERS AT  flexappealdoc@hotmail.com
Posted by Thomas "Doc" Masters Owner Of Flex-Appeal Personal Training in Dana Point, Ca. at 11:25 AM