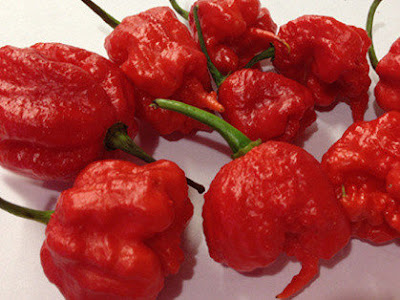 The bright red color of hot peppers is the carotenoid antioxidant beta-carotene. In recent years hot, hot, hot peppers have become chic, and the people enjoying this new surge in chic heat surely have a gene I do not possess. I vaguely remember the days of recklessly eating jalapenos on my nachos, but then I moved to the Caribbean where I tangled with the scotch bonnet or habanero for a few years. Where some of my most vivid memories of those hot peppers (or chilies) goes like this, a roll of Charmin in one hand and a good magazine in the other. Still I'm drawn "like a moth to a flame" and I'll bet you are too. So let's start at the beginning. Chili peppers have been a part of the human diet in the Americas since at least 7500 BC. There is archaeological evidence at sites located in southwestern Ecuador that chili peppers were domesticated more than 6000 years ago, and is one of the first cultivated crops in the Central and South Americas. 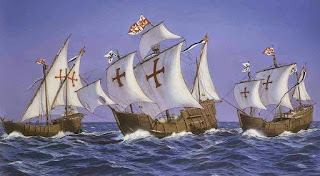 Christopher Columbus was one of the first Europeans to encounter them in the Caribbean, and called them "peppers" because they, like black and white pepper they were used to, had a spicy hot taste. Chilies were cultivated around the globe after Columbus. Diego Álvarez Chanca, a physician on Columbus' second voyage to the West Indies in 1493, brought the first chili peppers to Spain, and first wrote about their medicinal effects in 1494. (He also invented toilet paper, I think.) From Mexico, at the time the Spanish colony that controlled commerce with Asia, chili peppers spread rapidly into the Philippines and then to India, China, Indonesia, Korea and Japan. They were incorporated into the local cuisines. Chili peppers journeyed from India, through Central Asia and Turkey, to Hungary, where it became the national spice in the form of paprika.


The five domesticated species of chili peppers are: 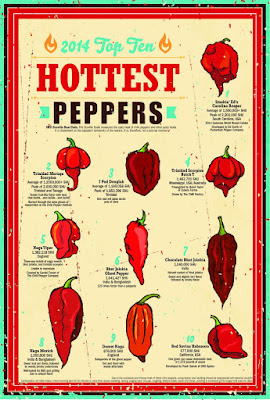 Peppers are commonly broken down into three groupings bell peppers, sweet peppers, and hot peppers. Most popular pepper varieties fall into one of these categories or as a cross between them. Let's get serious. What kind of peppers are we eating? HOT PEPPERS !! According to Guinness World Records, as of 1 March 2011, the world's hottest chili pepper was the Trinidad Scorpion Butch T pepper. A laboratory test conducted in March, 2011 measured a specimen of Trinidad Scorpion Butch T at 1,463,700 Scoville heat units, making it hotter than the previous hottest chilli, the Naga Viper, at 1,382,118 SHU. Now Keep in mind that the Scotch Bonnets that murdered me in the Caribbean were rated at 325,000 SHU !  Well then, in February, 2012, another test was conducted at the Chile Pepper Institute of New Mexico State University. It revealed that the Trinidad Moruga Scorpion had a Scoville rating of 2,000,000, making it the new winner. Then in 2013 came the Carolina Reaper 2,200,000 SHU. There is nothing normal about this pepper. It was bred for heat. Oddly enough this pepper has excellent flavor as well. Officially the Worlds Hottest Pepper as ranked by Guinness Records. 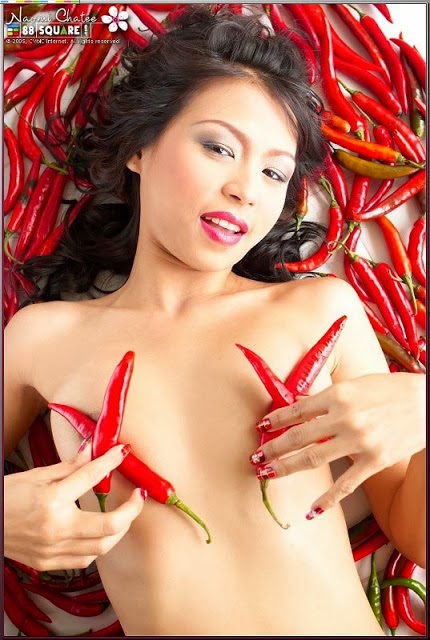 The Scoville scale is a measurement of the spicy heat of a chili pepper. The number of Scoville Heat Units (SHU) indicates the amount of capsaicin present. All hot peppers contain capsaicinoids, natural substances that produce a burning sensation in the mouth, causing the eyes to water and the nose to run, and even induce perspiration.

Capsaicinoids are found primarily in the pepper's ribs and seeds, making them hotter than the rest of the pepper. You can reduce the amount of heat in a chili pepper by removing the ribs and seeds. Capsaicinoids have no flavor or odor, but act directly on the pain receptors in the mouth and throat. The primary capsaicinoid, capsaicin, is so hot that a single drop diluted in 100,000 drops of water will produce a blistering of the tongue. Capsaicin is the heat factor in chilies that is used medically, to produce deep-heating rubs for treating sports injuries. Hot peppers can cause burning if your hands or fingers come in contact with your eyes or other sensitive parts of the body. When using Hot Hot Hot chili peppers, wear disposable gloves to protect from spreading the heat as it is very oily. If chilies come in contact with your bare hands, wash thoroughly with soapy water, before you touch your face or private parts. Another option is latex kitchen cooking gloves. Here's a little vid on some of the many health benefits of hot peppers:

In a study by, Numsen Hail Jr. and Reuben Lotan, PhD, of the University of Texas M.D. Anderson Cancer Center in Houston, skin cancer cells underwent apoptosis (the cellular self-destruct sequence) after a 12-hour exposure to 100 micro M capsaicin. Exposure of the cancer cells to capsaicin was associated with a rapid increase in the generation of a destructive free radical called hydroperoxide and a decrease in oxygen consumption. The researchers think capsaicin kills cancerous cells by damaging their cell membranes, thus significantly reducing the amount of oxygen that reaches the mitochondria (the energy-production factories) within the cancer cells. Since cancer cells are rapidly dividing, their metabolic needs for oxygen are much higher than those of normal cells. Did you know that you can actually stop a heart attack in its tracts with the simple but amazing and awesome power of cayenne pepper? 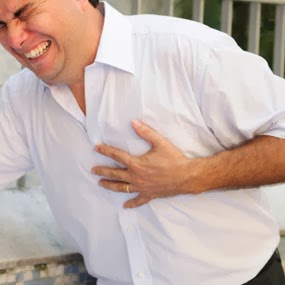 It's true. Cayenne pepper can actually stop a heart attack in about 60 seconds flat! First the Cayenne pepper must be at least 90,000 heat units or 90,000(H.U.) to be able to stop a heart attack. If the cayenne is at least 90,000 H.U. and the person is still conscious, the recommendation is to mix 1 teaspoon of cayenne powder in a glass of warm water (this is essentially a "cayenne tea"), and give it to the person to drink. If the person is unconscious then the recommendation is to use a cayenne tincture or extract, again of at least 90,000 H.U., and put a couple of full droppers underneath their tongue full strength. Cayenne certainly appears to be Natures "Nitro-Glycerin" when it comes to heart attacks and someone with a heart condition would be unwise to leave home without it.

Wow ! Did you get all that? What doesn't chili do! I've always believed nature will provide a cure for everything, we just need to take the time to look hard enough. Now nobody says you need to eat enough hot peppers in one meal, to anchor your bottom to the "porcelain throne" with your favorite magazine, for a grueling session. However working a few pepper into your daily or weekly meals gradually for better flavor, and enhanced health benefits could be a smart plan. Everyone has different heat tolerances, so start slow and work your way up the heat ladder. Now for a good laugh this next  video is people eating the worlds hottest pepper for money. Good Luck...

Flex -Appeal is currently offering, for new customers, a 2 for 1 personal training special that allows you to enjoy a one month personal training program. This is the perfect opportunity to get personally trained and bring a friend or spouse for FREE! Or Split The First Months Cost .