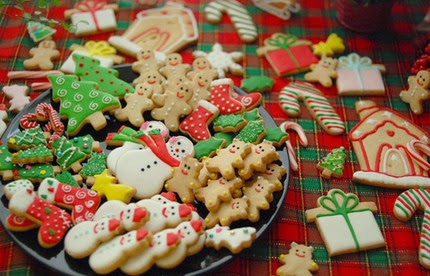 If you think now's the time of year to lay off the sweets, you've absolutely gone MAD !!

This time of year has always been my favorite not for it religious reasons, but for it's sinful reckless confection consumption. Christmas just brings out the sweet-tooth in all of us. If you don't agree, you're reading the wrong article. Have a carrot and we'll see you on Monday with a health tip. For the rest of us here we go with my favorites. 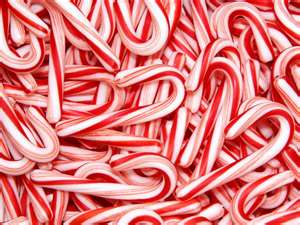 For me Christmas starts with the first sightings of candy canes. I mean whats Christmas without candy canes? In its early form, the candy cane began as a simple white stick of sugar for children to eat. There was no "cane" shape or stripes to speak of. While it is uncertain where the first canes originated, it is clear that by the mid-17th century, the candy had already become widespread across Europe. To silence or reward children. These sticks were made by confectioners who had to pull, cut, twist, and in later years bend the sugar sticks by hand, making it a time-intensive process. Candy cane production had to be done locally, since they were easily damaged and vulnerable to moisture. The labor required, and difficulty of storage, combined to make these candies relatively hard to get, although popular. The distinctive hook shape associated with candy canes is traditionally credited to a choir-master at Cologne Cathedral in Germany, who, as legend has it, in 1670 bent straight candy sticks into canes to represent a shepherd's crook, and gave them to children at church services. The candy cane machine wasn't invented until the 1950's. This machine made it possible to produce and wrap the candy canes, which made the distribution of the traditional Christmas treat a lot easier. In North America, the first documented example of the use of candy canes to celebrate Christmas occurred in 1847, when a German-Swedish immigrant by the name of August Imgard, hung the candy canes from the branches of a Christmas tree. The signature stripes did not become part of the candy cane until the 19th century. It is uncertain who first started using the stripes, but evidence of their use only appears after the turn of the century. At around this time, candy makers also began using peppermint as the candy cane's  flavor. 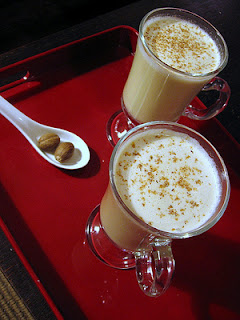 Now I must admit when I was young one way I knew the holiday season was beginning was when the egg nog began to appear in the market. Also, back then, I used to drink the nog like they weren't going to make any more, and although that's tapered enormously since childhood, I'll still enjoy a quart or two during the season. Our egg-nog comes fresh from the dairy in old fashioned glass milk bottles. It's thick creamy and with a bit of help from Capt. Morgan to make it interesting, it's a holiday home run. Eggnog developed from posset, a medieval European beverage made with eggs and hot milk. In Britain, the drink was popular mainly among the aristocracy, as dairy products and eggs were rarely consumed by the lower classes due to their high cost and the lack of refrigeration. Those who could get milk and eggs mixed it with brandy, madeira or sherry to make a drink similar to modern alcoholic egg nog. The drink crossed the Atlantic to the English colonies during the 18th century. Since brandy and wine were heavily taxed, rum from the Caribbean was a cost-effective substitute. The inexpensive liquor, coupled with plentiful farm and dairy products, helped the drink become very popular in America. When the supply of rum to the newly-founded United States was reduced as a consequence of the American Revolutionary War, Americans turned to domestic whiskey, and eventually bourbon in particular, as a substitute. Traditional eggnog typically consists of milk or cream, sugar, and raw eggs. Vanilla is also a common flavoring, with grated nutmeg sprinkled on top. Eggnog is high in fat, not to worry though it's only a seasonal drink and you don't really drink that much to really matter. However, low-fat and no-sugar formulations are available using skimmed or low-fat milk. Some North American manufacturers even offer rice or coconut milk-based alternatives for vegans and those with dairy allergies. I just finished a quart of chocolate coconut milk who needs dairy milk? Not me, except for once a year. Now don't be fooled by these pseudo eggnog's in the supermarket. READ the ingredient's. Most of them are a little milk and eggs water, sugar and high fructose corn syrup, malto-dextrin, 2 or 3 different preservative salts, and sucralose or some other artificial sweetener thrown in to make it even more irresistible. Yuck !! bad news, if you can't get your eggnog from the dairy like we do here in southern California, and those pseudo eggnog's are your only options, make your own. It's a simple, fun easy family thing to do. I've done it with friends, and I can tell you, all you have to do if find a recipe on line that you want to try and go to the market and get the ingredient's, make your own substitutions according to taste, and you on you way to drinking a healthy holiday traditional drink. 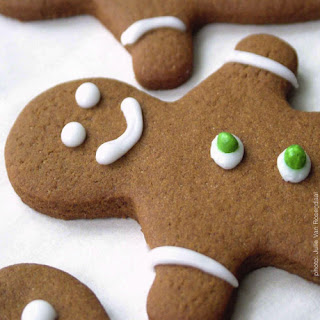 Christmas brings out the bakers and I'm well aware everyone has their favorite cookie or cake treats that remind them of the season. For me it is butter cookies and gingerbread men. Just the smell of ginger baking to me, is so intoxicating it immediately transports me to a childhood time. With an instant recall of all those holiday memories. Gingerbread itself dates back to the 15th century, and gingerbread man biscuit making was practiced in the 16th century. The first documented instance of figure-shaped gingerbread biscuits was in the court of Elizabeth I of England. She had the gingerbread figures made and presented in the likeness of some of her important guests. In design, gingerbread men are roughly a humanoid shape. Most gingerbread men have a face, made with candies or icing. Icing decorations are common, hair, shirt cuffs, and shoes are sometimes applied, but by far the most popular decoration are shirt buttons, which are traditionally represented by gum drops or icing. The man itself is a simple combination of flour, butter, baking soda, ginger, some brown sugar and eggs, and a lot of childhood memories. Gingerbread men are good dunking cookies they are firm and can stand up to a good dunking in your favorite warm beverage. In my experience they will stay fresh for a considerable length of time if they are kept in a Tupperware type container.


There you have it, three of my favorites. The ones that bring the holidays home for me, and I'm sure you're contemplating your favorites right now. Now we are a nutrition website, and sugar isn't very nutritious. Keep in mind that sugar is an inflammatory agent, so the moderation rule applies here. So use organic sugar, and (in moderation) here's one of my favorite holiday cocktails to start off your holiday season, and don't forget Santa's milk & cookies. Good Luck... 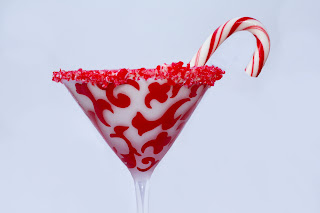 Add all ingredients to a cocktail shaker. Shake vigorously!  Melt white chocolate and dip rim of a Martini glass into it.  Immediately dip rim of glass into plate of crushed red peppermint candy.  Garnish with a candy cane!

But, hurry fast, this offer is only good until the end of December.
Call - (949) 443-0133 for details on how to receive Orange County's premier personal trainer experience!
Or you may be interested in trying A NO COST Introductory personal trainer workout or diet consultation by phone, Skype or in person!