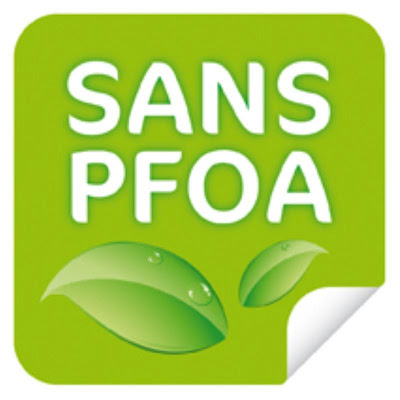 PFOA is a synthetic chemical linked to cancer in humans.

Are you concerned about what goes into making your cook ware, well you should be. The Environmental Protection Agency (EPA) has forced the industry to withdraw PFOA from the market by the year 2015. So the non-stick cookware industry has 2 more years to poison you, with this dangerous chemical used in the making of PTFE , also known as teflon. Nice right , your government is always looking out for you remember that. So earlier this year I replaced my fry pans 8-10 & 12" with PFOA free water based "Hydrolon Non-Stick"and couldn't be happier. You need no oil to make it non-stick even though I often cook with coconut, or grapeseed oil's, and you should too. Egg will not stick to it nor will cheese, and it emits much fewer greenhouse gasses than standard non-stick pans. The main reasons for the switch however, was the harmful toxic and carcinogenic cooking surfaces of my older pans. So what is PFOA? Kinetic Chemicals patented a new fluorinated plastic in 1941, and registered the Teflon trademark in 1945. DuPont, which founded Kinetic Chemicals, was producing over two million pounds (900 tons) of Teflon brand PTFE per year in Parkersburg, West Virginia, by 1948. An early advanced use was in the Manhattan Project as a material to coat valves and seals in the pipes holding highly reactive uranium hexafluoride at the vast K-25 uranium enrichment plant at Oak Ridge, Tennessee.

Well, Perfluorooctanoic acid (PFOA), also known as C8, and perfluorooctanoate, is a synthetic perfluorinated carboxylic acid, and fluorosurfactant. PFOA has been manufactured since the 1940's in industrial quantities. It has been used in the manufacture of products like Teflon, Gore-Tex, and the lining of your microwave popcorn bags. PFOA persists indefinitely in the environment. It is a proven toxicant, and carcinogen in animals. PFOA has been detected in the blood of more than 98% of the general US population. Exposure has been associated with increased cholesterol, and uric acid levels. Higher blood levels of PFOA were found to be associated with increased risk of chronic kidney disease. As a result there has been a class-action lawsuit, and community settlement with DuPont. Three epidemiologists are conducting studies on the population surrounding a chemical plant that was exposed to PFOA at levels greater than in the general population. If PFOA exposure is found to be likely to lead to an increased risk of disease, future liabilities for DuPont will be triggered. The first of these studies has reported that workers at this high-PFOA plant are at greatly increased risk of death from mesothelioma, diabetes mellitus, and chronic renal disease. 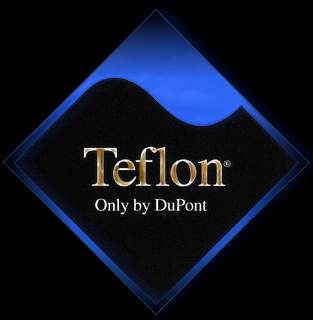 According to Wikipedia, In 1947, 3M began producing PFOA by electrochemical fluorination. In 1951, DuPont started using PFOA in the manufacturing of fluoropolymers in Washington, WV. In 1961, DuPont was aware of hepatomegaly in mice fed with PFOA. In 1968, organofluorine content was detected in the blood serum of consumers, and in 1976 it was suggested to be PFOA or a related compound such as PFOS. In the 1980's and 1990's researchers investigated the toxicity of PFOA. In 1999, the Environmental Protection Agency, EPA began investigating perfluorinated chemicals after receiving data on the global distribution, and toxicity of PFOS. For these reasons, and EPA pressure, in May 2000, 3M announced the phaseout of the production of PFOA, PFOS, and PFOS-related products. 3M stated that they would have made the same decision regardless of EPA pressure, and we all believe that. Not surprisingly, because of the 3M phaseout in 2002, DuPont, the company that brought us, Agent Orange which devastated human health, and the environment in Vietnam, is now responding to countless lawsuits for contamination of communities groundwater, resulting birth defects, cancer clusters, and other health issues resulting from illegal waste disposal. DuPont built its own plant in Fayetteville, NC to manufacture the chemical. 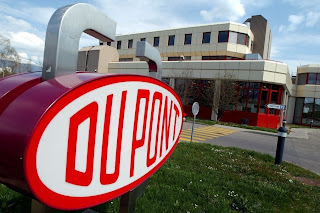 The chemical has also received attention due to litigation from the PFOA-contaminated community around DuPont's Washington Works facility in Washington, West Va.. Research on PFOA has demonstrated ubiquity, animal-based toxicity, and some associations with human health parameters and potential health effects. Additionally, advances in analytical chemistry in recent years have allowed the routine detection of low and sub-parts per billion levels of PFOA in a variety of substances. If you really want to make you eyes spin go to the corporate crimes website http://www.corporatewatch.org/?lid=205 for more info. on how Dupont has raveged our population, and environment. 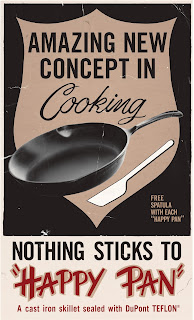 In 1954, French engineer Marc Grégoire created the first pan coated with Teflon non-stick resin under the brand name of Tefal after his wife Collete, urged him to try the material he had been using on fishing tackle on her cooking pans. In the United States, Kansas City, Missouri resident Marion A. Trozzolo, who had been using the substance on scientific utensils, marketed the first US-made Teflon coated frying pan, "The Happy Pan", in 1961. PTFE (Teflon) begins to deteriorate after the temperature of cookware reaches about 260 °C (500 °F), and decomposes above 350 °C (662 °F). These degradation by-products can be lethal to birds, and can cause flu-like symptoms in humans. In May, 2003, the environmental research, and advocacy organization Environmental Working Group filed a 14-page brief with the U.S. Consumer Product Safety Commission petitioning for a rule requiring that cookware and heated appliances bearing non-stick coatings carry a label warning of hazards to people and to birds. Meat is usually fried between 204 and 232 °C (399 and 450 °F), and most oils will start to smoke before a temperature of 260 °C (500 °F) is reached, but there are at least two cooking oils, safflower oil and avocado oil that have a higher smoke point than 260 °C (500 °F). Empty cookware can also exceed this temperature upon heating. 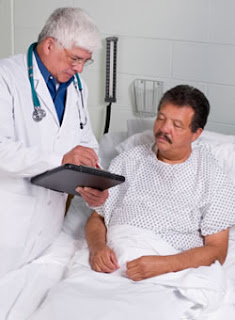 As of October 29, 2012, environmental exposure (i.e., via water and air) to perfluorooctanoic acid (PFOA or C8) has been linked to high cholesterol, ulcerative colitis, thyroid disease, testicular cancer, kidney cancer, and pregnancy-induced hypertension. These correlative links were found as part of the C8 Science Panel research program, which was conducted by Brookmar, Inc., in order to determine PFOA's health effects on humans after it was released into the air and Ohio River by DuPont's West Virginia Washington Works Plant between 1950 and the early 21st century. From 2005 to 2006, information was gathered from members of the Mid-Ohio Valley community through interviews, questionnaires, and blood samples. An attempt to regulate PFOA in food packaging occurred in California in 2008. A bill, sponsored by State Senator Ellen Corbett, and the Environmental Working Group, was approved that would have banned PFOA, PFOS, and related seven or more fluorinated carbon compounds in food packaging starting in 2010, but the bill was vetoed by the morally bankrupt, idiot, disgraceful ex-governor Schwarzenegger. Who undoubitly is still enjoying the chemical lobbys money. The bill would have also affected fluorochemical manufacturers outside of the state, and Schwarzenegger was lobbied heavily by the chemical industry to veto. Schwarzenegger said, oh what the hell, who cares what the moron said. PFOA is a proven carcinogen, liver toxicant, a developmental toxicant, an immune system toxicant, and also exerts hormonal effects including alteration of thyroid hormone levels. Animal studies show developmental toxicity from reduced birth size, physical developmental delays, endocrine disruption, and neonatal mortality. PFOA causes liver cancer in rodents and also induces testicular and pancreatic cancer through induction of Leydig cell tumors and pancreatic acinar cell tumors. PFOA also alters lipid (fat) metabolism. 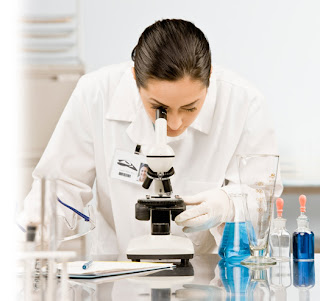 In late 2012, scientists at Emory University compared health risks in workers at a DuPont chemical plant in West Virginia with high PFOA exposure to the risks of the same diseases in other regional DuPont factory workers and in the US population. In comparison with the other DuPont workers, workers at the high-PFOA plant were at roughly three times the risk of dying of mesothelioma or chronic kidney disease, and roughly twice the risk of dying of diabetes mellitus. Workers were at similarly elevated risk for kidney cancer and for non-cancer kidney diseases. In rodents, PFOA concentrates in the kidneys. On May 26, 2006, the EPA addressed a letter stating Three-quarters of it's advisers thought the stronger "likely to be carcinogenic" descriptor was warranted, in opposition to the EPA's own PFOA hazard descriptor of "suggestive evidence of carcinogenicity", but not sufficient to assess "human carcinogenic potential." On November 21, 2006, the EPA ordered DuPont company to offer alternative drinking water or treatment for public or private water users living near DuPont's Washington Works plant in West Virginia (and in Ohio), if the level of PFOA detected in drinking water is equal to or greater than 0.5 parts per billion. This measure sharply lowered the previous action level of 150 parts per billion that was established in March 2002. Wow guess what they were really saying. Look this stuff is in too many products too numerous to mention. It lines packaging of any potentially greasy food like frozen pizza, microwave popcorn, and Chinese food containers.

So your best move in my opinion is when you find it in your personal food chain, your only sane option is to eliminate it. There are many environmentally responsible green cookware companies out there. Do a little web research like I did and find the cook ware that's right for you. Look for the PFOa free label. I must warn you though, there are many scam companies using the "green" name to fool you, they are usually but not always sold on infomercials late at night and offer to make your first payment for you, just to get your credit card number. If you fall for that, you're staying up way too late. Good Luck...

But, hurry fast, this offer is only good until the end of December.
Call - (949) 443-0133 for details on how to receive Orange County's premier personal trainer experience!