Probiotics, The Truth Is... 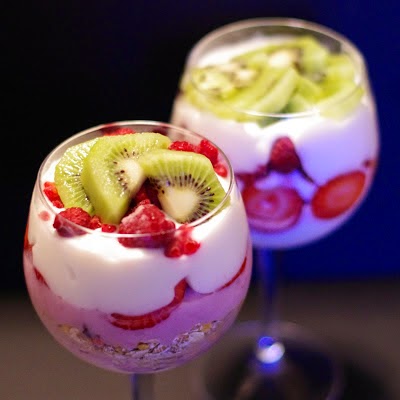 60-70% of your immune system is located in your gut

Do you get sick often or are you in good health most of the time? Many people seem get sick at least once every couple weeks. Other people never get sick. Do you get stomach aches, gas, bloating and other digestion problems frequently or never? Well, there are lots of reasons for a challenged digestive tract, including stress levels, types of food intake, sleep quality and quantity, overall general health and fitness levels, and even some factors going back to childhood, like the type of diet during your developmental years, that determined what type of foods you frequent. Also where you buy, and how you cook them. If your helpful bacteria & yeast are out of balance, your body will more easily get sick, you will have more allergies, and will even get more cavities. 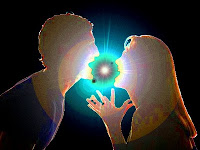 I can't remember the last stomach ache I've had. Never seem to get them anymore, since I broke up with my last girlfriend. Sorry Rolaids. Besides keeping fit, eating healthy, and keeping my stress level low, I have a little secret that, helps with my immunity, as well as digestion. My secret,  probiotics. Probiotics are basically live micro-organisms, friendly bacteria and other good microorganisms that can be ingested in certain fermented, and raw foods, and supplements. The average person has several trillion of these little buggers working at any given time inside your digestive system, or not. Probiotic micro-organisms actually like the acidic environment of your stomach and small intestine, and provide huge benefits to you. For over 100 years, probiotics have been scientificially proven to be beneficial to our health. In 1908 the first probiotics researcher, Ilya Ilyich Mechnikov, recieved the Nobel Prize in Medicine. Ilya Mechnikov found that certain types of bacteria greatly improved people's digestive health. He believed that probiotics supplementation is the key to a long life. The last 100 years have confirmed Ilya's research, and science has found more probiotic benefits than the Nobel Prize winner could have ever imagined. 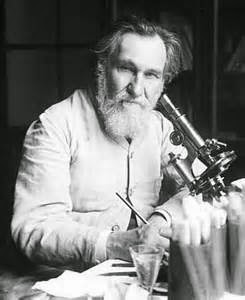 Metchnikoff, at that time a professor at the Pasteur Institute in Paris, proposed the hypothesis that the aging process results from the activity of putrefactive, proteolytic microbes producing toxic substances in the large bowel. Proteolytic bacteria such as clostridia, which are part of the normal gut flora, produce toxic substances including phenols, indols and ammonia from the digestion of proteins. According to Metchnikoff these compounds were responsible for what he called "intestinal auto-intoxication", which caused the physical changes associated with old age. At that time they knew that milk fermented with lactic-acid bacteria inhibits the growth of proteolytic bacteria because of the low pH produced by the fermentation of lactose.

Metchnikoff observed that certain rural populations in Europe, for example in Bulgaria and the Russian steppes who drank milk fermented by lactic-acid bacteria lived longer than average. Based on these facts, Metchnikoff proposed that drinking fermented milk would "seed" the intestine with harmless lactic-acid bacteria and decrease the intestinal pH and that this would suppress the growth of proteolytic bacteria. Metchnikoff himself tried a diet sour milk fermented with the bacteria he called "Bulgarian Bacillus" and found his health benefited. Friends in Paris soon followed his example and physicians began prescribing the sour milk diet for their patients 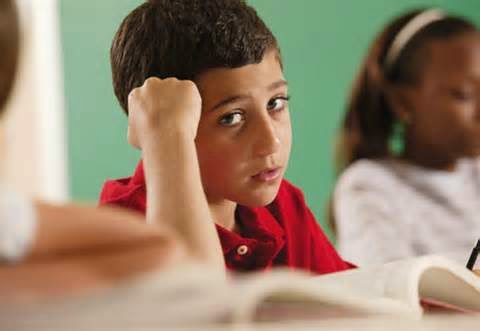 A recent study on women showed that probiotic bacteria can positivity affect emotion, and brain function in many areas. It has long been known there is a gut-brain connection, and this recent study shows the gut brain connection is a two-way street, according to UCLA author Dr. Kirsten Tillisch. Thirty-six women in her study were divided in into three groups. One group, ate a yogurt containing a mix of probiotics, another group consumed a dairy product that looked and tasted like the yogurt but contained no probiotics, and a third group ate no product at all. The researchers found that the brain effects from the probiotic food could be seen in many brain areas, including those involved in sensory processing, and those associated with emotion. This opens the door for further study, looking at the role of good bacteria in children, and how it may affect symptoms of autism, ADHD (attention and hyperactivity), mood (anxiety and depression), and sensory processing disorders. Some other benefits that probiotics help with are:

In 2005, researcher de Vrese M of the Institute for Physiology and Biochemistry of Nutrition in Germany gave 479 health adults either: probiotics + vitamins or only vitamins. For 3 months during the brutal German winter, both groups took their vitamins, or probiotics + vitamins. The group that took probiotics reported: colds were shorter by 2 days colds were mild. Blood was drawn from both groups. After analysis, the blood immunity markers were found to be much higher in the probiotic group. This proves that probiotic supplmentation will fight viral infections. Researcher T Ogawa, of the Asahi University School of Dentistry, Japan, to scientifically investigate if probiotics could help with seasonal allergies. During the peak allergy season in Japan, Professor T Ogawa recruited a group of allergy sufferers. He gave one group L. casei probiotic + dextran, and gave the control group a placebo. Amazingly, the L. casei probiotic group did not see a spike in any allergies during the peak pollen season. The placebo group did see an increase in allergy symptoms and blood allergy markers.
Dr. Kajander of Valio Research Centre in Helsinki, Finland conducted an IBS study. This study was conducted on 103 patients for 6 months. For the 52 pateints who took one probiotic pill a day, their symptoms were reduced by an average 42%. Those aren't numbers to shake a stick at !! 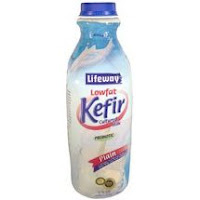 Keep in mind you destroy your good gut bacteria with antibiotics, drinking water containing chlorine, absorbing chlorine from pools, hot tubs, or long hot showers, without a chlorine filter, or just washing your hands or brushing your teeth.  All of those choices kills off a portion of your friendly bacteria living inside of you, so you need to make sure to increase your intake of probiotics to support that attack on your gut. Personally, I would never take antibiotics unless it was something life threatening that needed to be eradicated. Though to be compliant, and not get sued, I have to tell you, to do whatever your doctor tells you to do. By the way, some doctors reclessly prescribe antibiotics, a lot of times even if you have a viral infection which is pointless, and is only doing you harm by killing some of your good pro-biotic bacteria in your system and potentially allowing another bug to make you ill. Now that your defenses are reduced, pro-biotics are your defenses. Make sure to confirm with your doctor, that you really do have a bacterial infection before allowing him/her to prescribe you an antibiotic. It's ok to question doctors you won't get struck by lightning. So what foods are good sources of these health giving friendly probiotics?

*Yogurt - make sure that the yogurt label says that it has live cultures in it. Also, steer clear of yogurts that use sugar, artificial sweeteners, maltodextrin or  corn syrup. Instead, your best bet is plain yogurt, organic from grass fed cow's, add your own fruit, nuts, and raw honey to flavor it up.

*Kefir - similar to yogurt, but more of a liquid form of fermented milk (can have 2-3 billion or more active friendly organisms per serving). My favorite, it's just like a tangy smoothie.

*Kambucha - a type of fermented tea it has a very strong taste, so consider mixing it 1/2 and 1/2 with your favorite tea.

*Sauerkraut - probably needs to be homemade as I believe most supermarket sauerkrauts are pasteurized, which kills the friendly probiotics.

So as you can see, trying to include a variety of these probiotic rich foods into your daily diet can go a long way towards keeping you healthy, strengthen your immune system and prevent sickness, and also help prevent digestion problems. The other thing I wanted to briefly touch on is prebiotics. If probiotics are the actual organisms, prebiotics are types of foods that you can eat to help stimulate the growth of probiotics within your system. One of them is aloe vera juice. If you suspect your gut is unstable try a glass of aloe juice before beginning your probiotic regimen. Soluble fiber is the main prebiotic that can help the probiotics flourish in your digestive system. Oatmeal, oat bran, inulin (not insulin, but inulin...a soluble fiber), and various fruits and vegetables all help to supply you with prebiotics. Can't get enough in your diet, try Dr. Ohhiras  (http://drohhiraprobiotics.com) They are among, if not the best. There you have it probiotics, prebiotics now get on board, and feel better. What are you waiting for? Good Luck..


But, hurry fast, this offer will end soon!

Posted by Thomas "Doc" Masters Owner Of Flex-Appeal Personal Training in Dana Point, Ca. at 12:32 AM