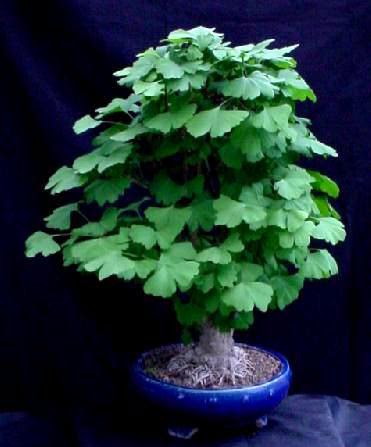 Ginko the "Maidenhair Tree" is a living fossil.

Ginko is the oldest organism on our planet. Living fossil is an informal term for any living species which appears similar to a species otherwise only known from fossils and which has no close living relatives, or a group of organisms which have long fossil records. Such groups have often survived major extinction events. In fact, the Ginkgo predates human existence on this planet. The species that we know today has been in existence for over 160 million years, and fossils date back 270 million years. During the last Ice Age, it was very nearly extinct, but somehow it managed to survive in Eastern China. Thousands of years ago, Taoist and Buddhist monks, expert gardeners who recognized the power of Ginkgo biloba and planted them on their temple grounds. These revered trees were tended at their sacred sites so that the species, already rare, wouldn't be lost forever. Some planted trees at temples today are believed to be over 1,500 years old. In many areas of China, it has been long cultivated, and it is common in the southern third of the country. It has also been commonly cultivated in North America for over 200 years and in Europe for close to 300. 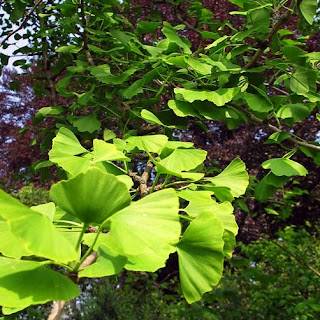 China introduced the Ginkgo to its neighbors in Japan and Korea. The Ginkgo thrived throughout Asia. In 1712, European discovered the Maidenhair tree in China. The trees were cultivated widely and Ginkgo became popular all over Western Europe. The Ginko Tree grows best in environments that are well-watered and drained The tree's hardiness is amazing considering this fact, the atom bomb dropped on Hiroshima in 1945 elimated all life except for four Ginkgo trees, one of them was located only .7 miles from the epicenter of the blast. While almost all other plants (and animals) in the area were destroyed, the ginkgos, though charred, survived and were soon healthy again. The trees are alive to this day. Now almost everyone has heard about Ginkgo's ability to improve memory, but this tree has a long history of medicinal use. Ginkgo is believed to have nootropic properties, and is mainly used as memory and concentration enhancer, and antivertigo agent. The ginko tree's strength, and tenacity, are indicative of its power as a medicine, particularly for the elderly. Ginkgo has recently been used as a remedy for the treatment of dementia and Alzheimer's. The leaves of the Ginkgo contain Ginkgolides, an allergy-controlling compound in what has been classified as a Platelet Activating Factor (PAF), which inhibits blood cells from sticking to each other, improving circulation. In particular, micro-circulation and circulation to the brain is enhanced which increases cognition, memory and focus. Improved circulation to the head also has many benefits, for hearing, eye disease, tinnitus, vertigo, senility, mood and also ED, sexual dysfunction, have all been shown to benefit from better circulation with the use of Ginkgo supplementation. This blood moving effect could apply to the rest of the body too, for arthritis, rheumatism, and peripheral blood circulation. Looks like it is also helpful for the treatment of arteriosclerosis: it increases coronary and capillary circulation, lowers cholesterol, relieves chest pain and pressure, disperses clots and is a powerful antioxidant. 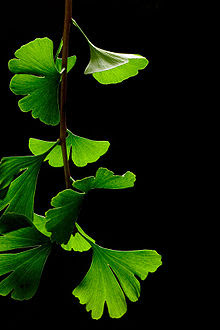 More than 40 components isolated from the ginkgo tree have been identified, but only two are believed to be responsible for the herb's beneficial effects in humans, flavonoids and terpenoids. Flavonoids such as quercetin and rutin, have potent antioxidant effects. Laboratory and animal studies have shown that flavonoids protect the nerves, heart muscle, blood vessels, and retina from damage. Terpenoids such as ginkgolides improve blood flow by dilating blood vessels and reducing the stickiness of platelets. A study in the Journal Human Psychopharmacology, conducted at Liberty University,  came to a conclusion that there was ample evidence to support "the potential efficacy of Ginkgo biloba EGb 761 in enhancing certain neuropsychological/memory processes of cognitively intact older adults, 60 years of age and over." The World Health Organization, reports that the medicinal uses of Ginkgo biloba that are supported by clinical data include treatment of the effects mild to moderate cerebrovascular insufficiency as well as the effects of peripheral arterial occlusive diseases. A trial published in 2010 concluded the same extract formulation of G. biloba (EGb 761), when given as a single 240-mg daily dose, "was found significantly superior to placebo in the treatment of patients with dementia with neuropsychiatric symptoms. One study suggests ginkgo's purported effect on cognition may be attributable to its inhibitory effect on norepinephrine reuptake. Research has identified Ginkgo Biloba as a beneficial treatment for many conditions and diseases, including: 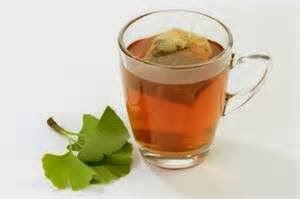 Ginko can help with Cerebrovascular insufficiency, i.e., insufficient blood flow to the brain, which may manifest itself as memory deficit, disturbed concentration or headaches.  People taking pharmaceutical medicines epically blood thinners such as warfarin or coumadin should consult with their doctor before taking Gingko biloba extracts, because Ginko acts as an anti-coagulant. If you are under a doctors care or taking prescription medications always check with your doctor before changing your diet or adding new supplements to your daily regimen. Individuals with a history of strong allergic reactions to poison ivy, mangoes, and other urushiol-producing plants are more likely to experience an adverse reaction when consuming Ginkgo-containing pills, combinations, or extracts. Ginkgo biloba is taken orally and can be used in varied forms as tablets, capsules, liquid extracts and dried tea leaves. As always do a little research before you buy and choose a reputable distributor. Good Luck...