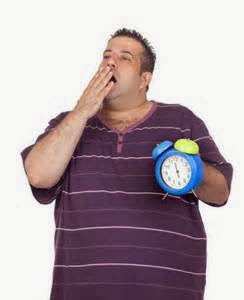 A solid night's sleep is crucial to good health.

As many as 70 million Americans may be affected by chronic sleep loss or sleep disorders. According to the science, the amount of sleep a you need also increases if he you've been deprived of sleep in previous days. Not only does sleep rest your body and refresh your mind, but when it comes to "catching your zzzz's," the average adult needs about eight hours of sleep per night. However, recent surveys show the average adult now sleeps less than seven hours a night, and more than one-third of adults report daytime sleepiness so severe that it interferes with work and social functioning at least a few days each month.  So eventually, your body will demand that the sleep debt, be repaid. 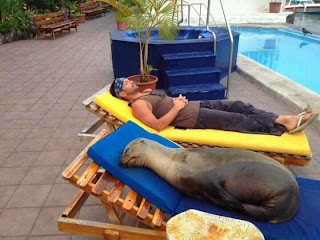 David Rapoport, MD, associate professor and director of the Sleep Medicine Program at the New York University School of Medicine in New York City, says "One of the more interesting ideas that has been smoldering and is now gaining momentum is the appreciation of the fact that sleep and sleep disruption do remarkable things to the body, including possibly influencing our weight," While doctors have long known that many hormones are affected by sleep, Dr.Rapoport says it wasn't until recently that appetite entered the picture. "What brought it into focus", he says, was research on the hormones leptin and ghrelin. First, doctors say that both can influence our appetite, and recent studies show that production of both may be influenced by how much or how little we sleep. In fact, have you ever experienced a sleepless night followed by a day when no matter what you ate you never felt full or satisfied? If so, then you have experienced the workings of leptin and ghrelin. Now we can adjust, to a sleep-depriving schedule, but our judgment, reaction time, and other functions are always impaired by a lack of sufficient sleep. Without us being actively aware of the phenomenon, until our friends, family, or co-workers make us aware of it. Cutting back on sleep reduces the benefits of dieting, according to a study published in the Annals of Internal Medicine. 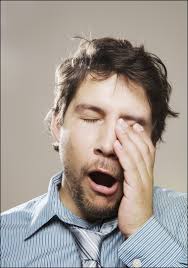 When dieters in this study got a full night's sleep, they lost the same amount of weight as when they slept less. When dieters got adequate sleep, however, more than half of the weight they lost was fat. When they cut back on their sleep, only one-fourth of their weight loss came from fat. and they also felt hungrier. When sleep was restricted, dieters produced higher levels of ghrelin, a hormone that triggers hunger and reduces energy expenditure. Interesting stuff right. Now if your goal is to lose fat, skipping sleep is like trying to fill a glass with a hole in it. This study director Plamen Penev, assistant professor of medicine at the University of Chicago said "Cutting back on sleep, a behavior that is ubiquitous in modern society, appears to compromise efforts to lose fat through dieting. In our study it reduced fat loss by 55%. "The message for people trying to lose weight is clear", Penev said. "For the first time, we have evidence that the amount of sleep makes a big difference on the results of dietary interventions. One should not ignore the way they sleep when going on a diet". Michael Breus, PhD, a faculty member of the Atlanta School of Sleep Medicine and director of The Sleep Disorders Centers of Southeastern Lung Care in Atlanta, explaines that leptin and ghrelin work in a kind of "checks and balances" system to control feelings of hunger and fullness. Ghrelin, which is produced in the gastrointestinal tract, stimulates appetite, while leptin, produced in fat cells, sends a signal to the brain when you are full. So what's the connection to sleep? "When you don't get enough sleep, it drives leptin levels down, which means you don't feel as satisfied after you eat. Lack of sleep also causes ghrelin levels to rise, which means your appetite is stimulated, so you want more food," Dr.Breus says. Obtaining adequate sleep may enhance the beneficial effects of a diet. Not getting enough sleep could defeat the desired effects."Dr.Breus says that once a person is not as tired, they don't need to rely on sweet foods and high carbohydrate foods and snacks to keep them awake, and that automatically translates into eating fewer calories."

The hormones leptin and ghrelin was also recently explored in two studies conducted at the University of Chicago in Illinois and at Stanford University in California. In the Chicago study, doctors measured levels of leptin and ghrelin in 12 healthy men. They also noted their hunger and appetite levels. Soon after, the men were subjected to two days of sleep deprivation followed by two days of extended sleep. During this time doctors continued to monitor hormone levels, appetite, and activity. The end result was when sleep was restricted, leptin levels went down and ghrelin levels went up. Not surprisingly, the men's appetite also increased proportionally. Their desire for high carbohydrate, calorie-dense foods increased by a whopping 45%. It was in the Stanford studythough that the bigger meaning of the leptin-ghrelin effect came to light. In this research, a joint project between Stanford and the University of Wisconsin, about 1,000 volunteers reported the number of hours they slept each night. Doctors then measured their levels of ghrelin and leptin, as well as charted their weight. Those who slept less than eight hours a night not only had lower levels of leptin and higher levels of ghrelin, but they also had a higher level of body fat. What's more, that level of body fat seemed to correlate with their sleep patterns. Specifically, those who slept the fewest hours per night weighed the most. 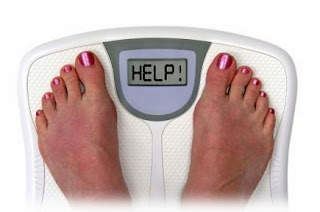 According to WebMD until doctors do know more, most experts agree that if you are dieting, logging in a few extra hours of sleep a week is not a bad idea, particularly if you get six hours of sleep or less a night. You may just discover that you aren't as hungry, or that you have lessened your craving for sugary, or calorie-dense foods. Take note if your sleep is interrupted regularly or you are unable to sleep through the night. Consult your doctor or nutritionist for a remedy that is nonaddictive. Try chamomile tea before bed or taking melatonin pills that works for me. Regular exercise can also help you fall sleep more easily, as will avoiding caffeine consumption in the late afternoon or early evening. Avoid working out right before bed as the body releases endorphins that will likely keep you awake, which will, in turn, prevent you from losing weight because you are not sleeping well. You can accurately measure your sleep using brand new sleep sensor called Gear 4 renew sleep clock. It measures how long you sleep and how long you spend in deep, light, or awake sleep phases. Having a good diet will also help you count less sheep, and score more sleep, which can also make a big difference in your overall health. Good Luck....