What You Should Know About Pesticides In Food 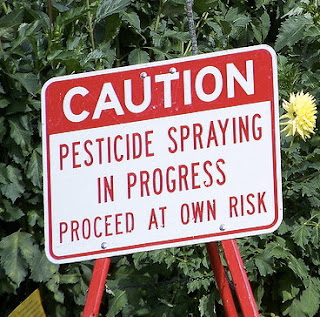 The average American child gets 5+ servings of pesticides per day

If you ask your grandparents what life was like when they were kids, the answer will probably be that things were simpler, slower, less automated, and foods had a fresher taste. Gone for the most part are the small mom and pop farms with the fresh picked produce at the road side stand that were all up and down PCH when I was growing up. Since our grandparent's time two major things have happened, 1) the population of the United States has increased greatly, and 2) technology and scientific innovations have come to play a major role in our lives. Pesticide use has grown because, not only does our exploding population need to be supplied with food, but crops and food are grown for export to other countries. The United States has become the largest producer of food products in the world, partly through our use of modern chemicals (pesticides) to control the insects, weeds, and other organisms that attack food crops. There's a hidden cost to the benefit we get from pesticides. We've learned that pesticides can not only harm the environment but our health as well. Water plays an important role here because it is one of the main ways that pesticides are transported from the areas where they are applied to other locations, where they can cause health problems. Just because we don't see the contamination doesn't mean it's not there or it's gone away. As important an issue, as the contamination of our ground water with pesticides is, that's not the focus of this post. How and why you are dealing with residual pesticides on your produce is. 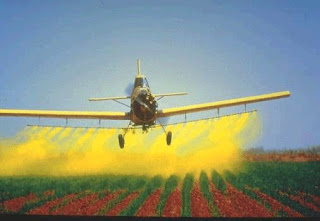 Seven of the most toxic chemical compounds know to man are approved for use as pesticides in the production of foods. Not kidding. Who approved them? You ask. Well a multinational organization called The Codex Alimentarius Commission the CAC, did. It was formed in 1963 from a cooperative effort between the World Health Organization,WHO and the Food and Agriculture Organization of the United Nations, FAO. Their overall objective was "…to protect the health of the consumer and ensure fair practices." The intent of the original 172 nations involved in this effort was to develop a set of food guidelines, standards, and codes of practice. It was to be an international endeavor to promote safety in food. In spite of their stated consumer protection responsibilities, the CAC approved toxic chemicals for use on our crops. These toxins are referred to as Persistent Organic Pollutants, POP's. They're called persistent because they are not easily removed from the environment. In fact the greatest risk to our environment and our health comes from the chemical pesticides. In spite of the dangers, the government maintains its approval of the use of toxic chemicals to make pesticides, and science fueled by the major chemical companies, is constantly developing variations of poisons. There are 2 classes of pesticides, they are broad-spectrum and narrow-spectrum pesticides. Broad-spectrum pesticides kill many kinds of pests, while narrow-spectrum pesticides do just the opposite. Narrow-spectrum pesticides are developed to kill specific organism types. Examples are algicides for algai, avicides for birds, fungicides for fungi and oomycetes (also called water molds, they use surface water including preciptiation on plants, to move around). Most pesticides kill pests directly on contact. Systemic pesticides work differently. They penetrate to the inside of a plant traveling along its absorption path. These poisons work by poisoning the pollen and nectar of flowers and this kill's needed pollinators like butterflies and bees. Even just using pesticides in amounts within regulation, studies have revealed neurotoxins can do serious damage during development. Researchers report the dangers of pesticides can start as early as fetal stages of life. The Pesticides entry at Wikipedia.org lists some of the results that have been recorded in recent years including: 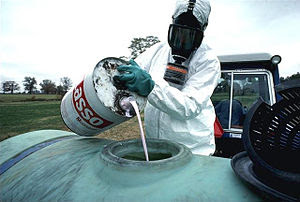 Can you believe the government approved the use of some organophosphates despite the repetitive occurrence of illnesses? It makes you wonder just who the Environmental Protection Agency (EPA) is  protecting.

Celery now tops the list of produce most contaminated by pesticides, according to the Shopper's Guide to Pesticides in Produce (http://www.ewg.org/foodnews/) released by the Environmental Working Group. Various studies have connected pesticides to nervous system toxicity, cancer, hormone system disruption and skin, eye and lung irrigation, according to the Environmental Working Group. While the group says eating vegetables and fruits treated with pesticides is better than not eating vegetables and fruits, the guide points out that consumers can lower their pesticide consumption by almost 80% by avoiding conventionally grown varieties of the 12 most contaminated fruits and vegetables. Replacing them with organic varieties.

The 20 Fruits and Veggies With the MOST Pesticides 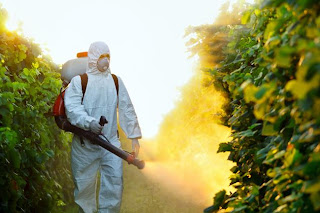 These are the ones that you should always buy organic, if possible. If you do buy conventional versions of the following produce, please be sure to wash them thoroughly, organic produce, of course, should also be washed just in case. These are ranked in order by EWG, with the worst of the bunch, peaches, at #1 so always buy these Organic.

The 20 Fruits and Veggies With the LEAST Amount of Pesticides 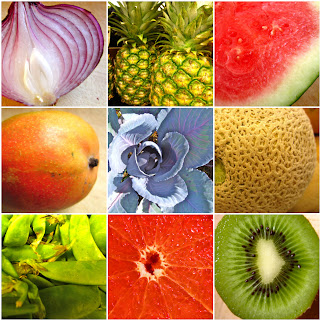 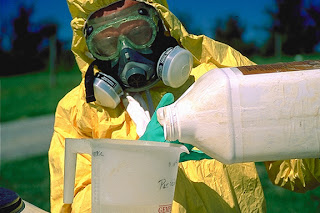 For the safety of your family's health those of you who are too stubborn or too impoverished to buy and eat organically grown fruits and veggies, you MUST clean your produce with more than water. The pesticides are made to NOT wash off when it rains !! If that scares you, it should. Poison is poison if it kills bugs it will kill you in the right quantity or in combination with something else you may be ingesting, like pharmaceutical medicine. The simplest remedy, as I've said before is to always buy USDA ORGANIC. If that doesn't work for you, because you're stupid, or organics simply aren't available to you (for whatever reason), then make sure you protect you, and your families health by thoroughly washing your produce, with a commercial produce wash product, that not only cleans pesticides but kills, e-coli and salmonella bacteria. However, you should know this, that non-organic produce you've elected to hand wash has still absorbed a substantial amount of these toxic pesticides internally that you can never wash off. BTW wear gloves when you wash your produce because even in very minute amounts, these toxins are dangerous and readily absorbed through your wet skin. Good Luck...