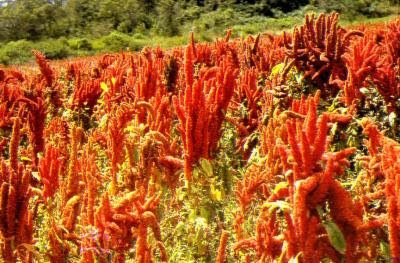 Amaranthus retroflexus, or pigweed, is a wild Amaranth species in the United States.


The name derives from the plant's tendency to sprout where hogs are pasture fed. Although both the leaves and seeds are edible, pigweed has not been cultivated as a food crop. The virtue of amaranth is that in light soils it will produce food under harsh and lackluster nutrient conditions much like the grain sorghum. It is a very efficient grain crop. Amaranth from its start as a plant has literally fed a worldwide population currently where there are varieties for their greens, varieties for grain, combinations and even ornamentals. First some history. 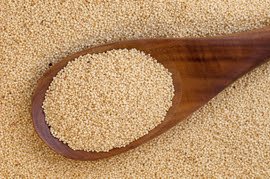 Amaranth has been cultivated as a grain for 8,000 years. The yield of grain amaranth is comparable to rice or maize. It was a staple food of the Aztecs, and was used as an integral part of Aztec religious ceremonies. Many food and herbal plants have been labeled, the Food of the Gods, but of the plant, Amaranth, this is an actual fact. Amaranth was regarded as supernatural by pre-Columbian Aztecs. Before the Spanish invasion of their lands, Aztec women would make a mixture of ground amaranth seed and honey or human blood from their religious practice of human sacrifice.

This mixture was then formed into small ceremonial idols and eaten during religious ceremonies. Of course, the Spanish conquistadors were culturally appalled at the practice and thought that if they stopped the use of amaranth, the human sacrifice would stop. Subsequently the grain was forbidden to be used and outlawed in all Spanish conquered lands. 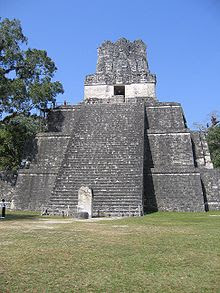 Natives could have a hand chopped off for possessing grains of amaranth. The cultivation of amaranth on any large scale was basically eliminated, but this plant grows easily and prodigiously in tropic climates and in remote areas of Mexico and South America the plant was still harvested and used. Because the plant has continued to grow as a weed since that time, its genetic base has been largely maintained. Research on grain amaranth began in the US in the 1970s. By the end of the 1970s, a few thousand acres were being cultivated. Amaranth is a moderately tall, broad-leafed, bushy type of plant that grows about six feet in height and produces a brightly colored flowery head containing a very large number of seeds. Amaranth plants can produce as many as 60,000 seeds. These seeds are the amaranth grains found in amaranth cereal and flour. Amaranth is a member of the Chenopodiaceae family of plants and therefore is a relative of beets, Swiss chard, spinach, and quinoa. For this reason, some of its nutritional characteristics are more like these dark green leafy vegetables than the cereal grain foods. Most cereal grains, like wheat, are relatively low in the amino acid Lysine. Alternatively, amaranth is relatively rich in this amino acid, containing approximately twice as much lysine as wheat on an ounce-for-ounce basis. Next are the minerals calcium, iron, and magnesium. 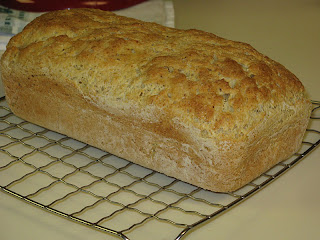 In this mineral area, amaranth is much more like Swiss chard than wheat. It contains about four times as much calcium as wheat and twice as much iron and magnesium. Much of the grain currently grown is sold in health food shops. Raw amaranth grain, however, isn't edible and can not be digested. Amaranth grain must be prepared and cooked like other grains. The protein is of an unusually high quality, according to Educational Concerns For Hunger Organization (ECHO). Amaranth grain is particularly high in lysine, an amino acid that is low in other grains. Amaranth grain is free of gluten, which is important for people with gluten allergies. I, myself had gotten away from eating dry cereal with milk in favor of organic instant oatmeal with organic fruit and raw honey. However recently I have (out of boredom) drifted back to cold cereal. Specifically Amaranth with no fat organic milk and fresh organic fruit. This morning it's fresh pineapple and strawberries and a splash of raw honey with my flakes...delicious !! As I said this is a great high protein food high in vitamins and minerals and a great pre-workout meal. I really suggest you give Amaranth a try especially if gluten free fits in your diet. Good Luck...

Posted by Thomas "Doc" Masters Owner Of Flex-Appeal Personal Training in Dana Point, Ca. at 11:08 AM