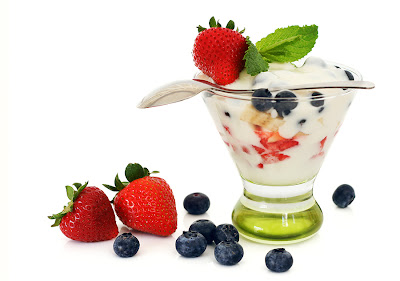 The health benefits of yogurt are so impressive that many health-conscious people make it a daily habit.


There is evidence of cultured milk products in civilizations that date as far back as 2000 BC. The earliest yogurt was probably fermented spontaneously, perhaps by wild bacteria residing inside goatskin bags used for transportation. Persian traditions hold that "Abraham owed his fecundity and longevity to the regular ingestion of yogurt. The combination of yoghurt and honey has been called "the food of the gods." In fact there isn't a country in the middle east or Europe that doesn't use yogurt in some configuration. Form appetizers to soups to condiments, to deserts.Yogurt with added fruit jam was patented in 1933 by the Radlická Mlékárna dairy in Prague. Turkish immigrants brought yogurt to North America in the 1700s but it really didn’t catch on until the 1940s when Daniel Carasso, the son of Danone founder Isaac, and Juan Metzger took over a small yogurt factory in the Bronx, New York, the company is now called Dannon in the United States. It was health guru Gayelord Hauser who pushed yogurt into the limelight when he proclaimed it a wonder food in his book "Look Younger, Live Longer," published in 1950. Sales of yogurt skyrocketed, increasing production 500% by 1968. 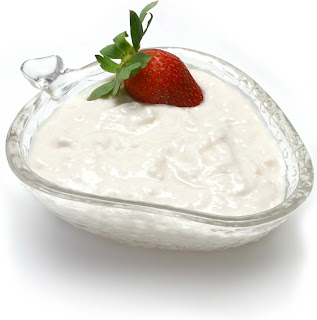 First off, let us not forget that yogurt comes from milk. So yogurt eaters will get a dose of animal protein, about 9 grams per 6-ounce serving, plus several other nutrients found in dairy foods, like calcium, vitamin B-2, vitamin B-12, potassium, and magnesium. According to Web MD. It has nutritional benefits beyond those of milk. People who are moderately lactose-intolerant can consume yogurt without ill effects, because much of the lactose in the milk precursor is converted to lactic acid by the bacterial culture.


Yogurt is produced by bacterial fermentation of milk. The bacteria used to make yoghurt are known as yoghurt cultures. Fermentation of lactose by these bacteria produces lactic acid, which acts on milk protein to give yoghurt its texture and its characteristic tang. The milk is first heated to about 176 degrees to kill any undesirable bacteria and to denature the milk proteins so that they set together rather than form curds. The milk is then cooled to about 112 degrees. The bacteria culture is added, and the temperature is maintained for 4 to 7 hours to allow fermentation.

Researchers from the Jean Mayer U.S. Department of Agriculture Human Nutrition Research Center on Aging at Tufts University concluded in a review article. The benefits of yogurt are thought to be due to: 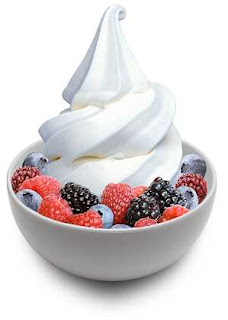 Another study acording to Web MD, indicated probiotics may enhance resistance to and recovery from infection. In research on elderly people, researchers found that the duration of all illnesses was significantly lower in a group that consumed a certain probiotic found in fermented milk. They reported a possible 20% reduction in the length of winter infections, including gastrointestinal and respiratory infections. Yogurt containing two probiotics, lactobacillus and bifidobacterium, was found to improve the success of drug therapy on 138 people with persistent H. pylori infections, according to a recent Taiwanese study. H. pylori is a bacterium that can cause infection in the stomach and upper part of the small intestine. It can lead to ulcers and can increase the risk of developing stomach cancer as well.


Yogurt is typically classified into the following groups:

Set yogurt
This type of yogurt is incubated and cooled in the final package and is characterized by a firm jelly" like texture.

Stirred yogurt
this type of yogurt is incubated in a tank and the final coagulant is "broken" by stirring prior to cooling and packing. The texture of a stirred yoghurt will be less firm than a set yoghurt somewhat like a very thick cream. There is some slight reformation of the coagulant after the yogurt has been packed, however this is slight and can not be relied upon.

Frozen yogurt.
Frozen yogurt is inoculated and incubated in the same manner as a stirred yogurt. However cooling is achieved by pumping through a Whipper / chiller / freezer in a fashion similar to ice cream. The texture of the finished product is mainly influenced by the whipper/ freezer and the size and distribution of the ice crystals produced.

Concentrated yogurt
This type of yogurt is inoculated and fermented in the same manner as a stirred yogurt. Following the "breaking" of the coagulant the yoghurt is concentrated by boiling off some of the water, this is often done under vacuum to reduce the temperature required. Heating of low pH yogurt can often lead to protein being totally denatured and producing rough and gritty textures. This is often called strained yogurt due to the fat that the liquid that is released from the coagulant upon heating used to be "strained" off in a manner similar to making soft cheese.

Flavored yogurt
Yogurt with various flavors and aromas have become very popular. The flavors are usually added at or just prior to filling into pots. Common additives are fruit or berries, usually as a puree or as whole fruit in a syrup. These additives often have as much as 50% sugar in them, however with the trend towards healthy eating gaining momentum, many manufacturers offer a low sugar and low fat version of their products. Low or no sugar yogurts are often sweetened with saccharin or more commonly aspartame. so again read your labels carefully The use of "fruit sugars" in the form of concentrated apple juice is sometimes found as a way of avoiding "added sugar" on the ingredients declaration, this tends to be a marketing ploy and has no real added benefit. To make sure your yogurt contains active cultures, check the label. Most brands will have a graphic that says "live and active cultures."
If you want to know which specific active cultures your yogurt contains, look to the label again. Under the list of ingredients, many brands list the specific active cultures. And different cultures are thought to have different benefits.


You really can't go wrong with yogurt it travels easily or it can be cooked into your favorite foods and snacked on throughout your day. For it's intestinal benefits and basic milk benefits and remember your likely never more than a few blocks away from a frozen yogurt shop. Good Luck...


If you would like to try to make your own yogurt:

Have A Great Weekend!!